When there’s a long period of sub-zero temperatures in Minnesota, plumbing vents often stop working.  The problem is that plumbing vents can get completely blocked shut with frost when it’s very cold outside for a long period of time.  I’ve seen this at a lot of home inspections this winter.  I wrote about why houses need plumbing vents last month, which should help to explain why this stuff matters.

This first photo shows how the frost begins to form.  This is a 3″ steel vent pipe at an old house in Minneapolis.  Frost was just beginning to form at the top, and could actually be seen from the ground. 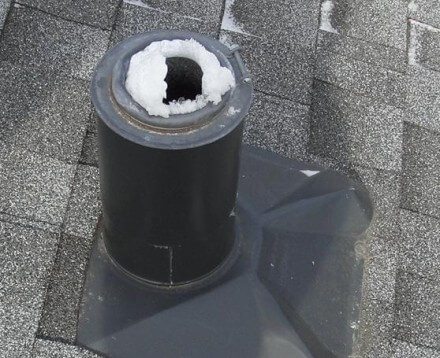 This next photo shows a 4″ cast iron vent pipe at a multi-family home in Saint Paul.  It wasn’t completely blocked with frost… yet. 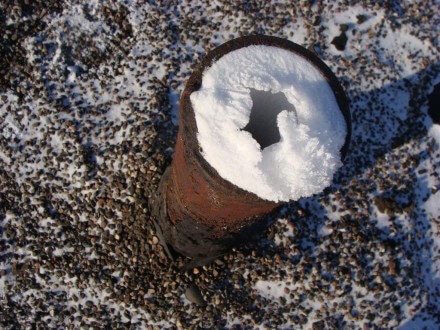 As the frost keeps accumulating with very cold temperatures, eventually the vents get completely blocked with frost, which prevents them from ‘venting’.   I’ve included several photos here to show that all types of vents can be subject to frost closure, given the right weather conditions. 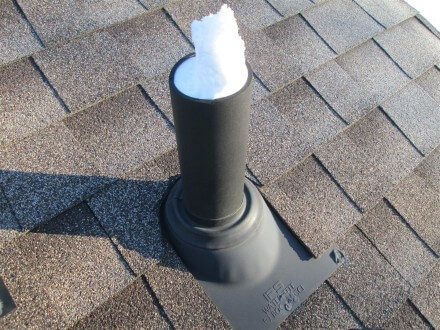 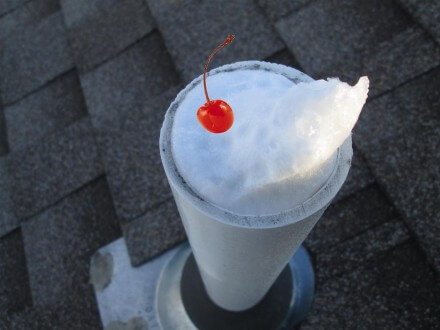 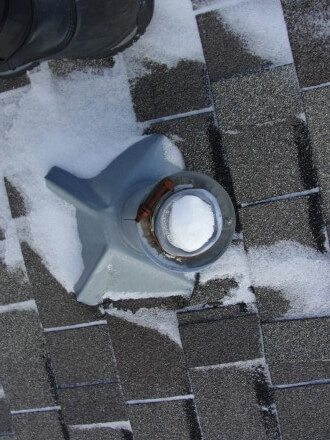 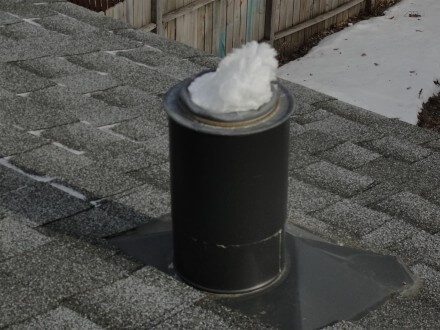 The way to prevent plumbing vents from getting covered over with frost is to increase the size of the vent before it protrudes through the roof.  Here in Minnesota, the smallest size vent that can penetrate the roof surface is 2″, according to Minnesota Plumbing Code section 4715.2530, Subp.2.

Keep in mind, however, that this is the minimum requirement.  That’s all the code is; a minimum requirement.  As you can see from the photos above, this isn’t necessarily a formula for success.  Many old-school plumbers in Minneapolis and Saint Paul knew about this problem, and it was common for old houses to have vents that were significantly increased in size before penetrating the roof, just to help prevent the vents from getting blocked by frost. 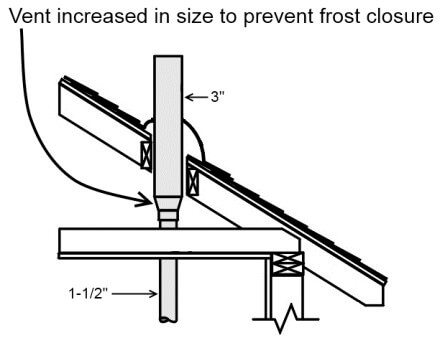 The photos below show how this looks in real life. 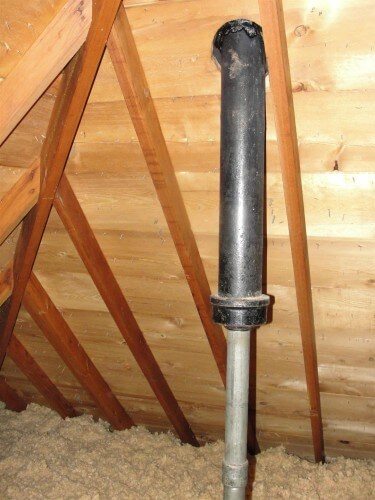 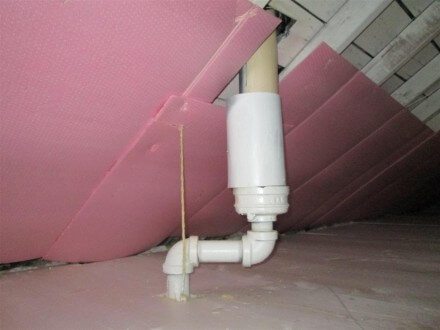 In other words, the best height for a plumbing vent is 12″ above the surface of the roof, and the wider the pipe the better.  If you look up at your roof from the ground and you can see frost accumulation at the plumbing vents, don’t get too worried about it.   The frost will go away as soon as it warms up a little – maybe later in the day, definitely by April.