One of the most common myths related to new home construction is that new homes don’t need to be inspected.  I personally know several people that have purchased new homes and didn’t have them inspected because they were ‘new’.   I’ve seen far too many problems on new construction homes to think that they’re not worth first inspecting, regardless of the builder.

One common myth that builders will sometimes tell buyers is that the home has already been inspected many times by the city as part of the permit process, so the buyer is wasting their money hiring a private inspector.  While there may have been many brief inspections performed by the city along the way, things still get missed every day.  Did you know that unless a ladder is provided at the site for the city inspector, they won’t even get up on the roof to inspect it?  It’s actually common practice for roofers to leave a few photos for the building inspector to look at to sign off on the roof.  The photos below show a hole in the roof of a new construction townhouse that I recently evaluated, and the builder was a reputable, well-known builder that you’ve definitely heard of.  The builder had actually tried to talk the client out of getting a home inspection.

Another myth is that because a home is new, there won’t be problems.  While new homes don’t have the same types of problems as old homes (such as components reaching the end of their life expectancy), they can still have serious issues, typically related to improper building and installation methods.  These are the types of issues that an average homeowner will know much less about; it’s easy to look at cracks in a foundation or rust in a furnace and know there’s an issue, but it’s impossible to identify installation defects without knowledge of building, mechanical, plumbing, and electrical codes.  While a private inspection is certainly not a code compliance inspection, an excellent home inspector will be aware of code requirements and will be looking for any problems.

Below are a few photos of problems I’ve found at new construction homes, or homes that were relatively new.  Remember, these were built by big, reputable builders.

This window was on a second story, and I suspect it had been dropped before being installed. 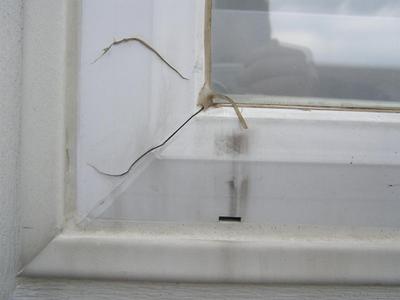 The two photos below show a whole house fan that was supposed to be exhausting to the exterior; the bottom photo shows the wall that the fan should be exhausting to.  Obviously, the person installing the siding went a little too fast. 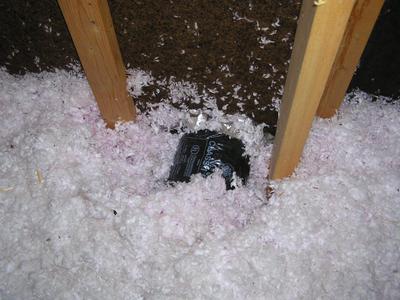 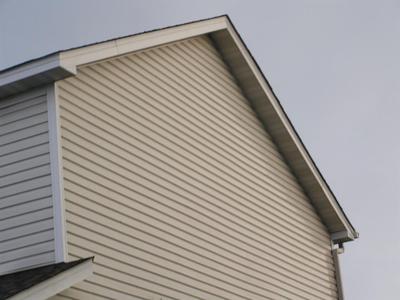 These photos show where a roofer was going too fast – they forgot to install the damper for the bath fan exhaust, so there was just a hole in the roof. 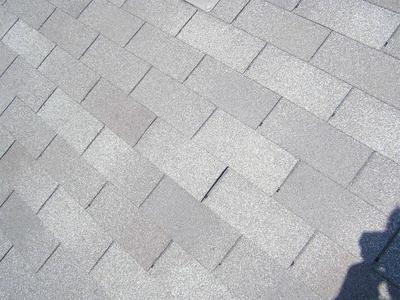 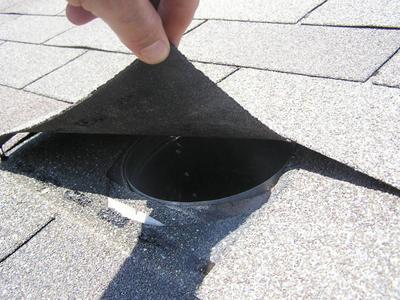 This photo shows the heat duct and the exhaust opening for the HRV, located right next to each other in a basement bathroom (one supplies air, one sucks air out). 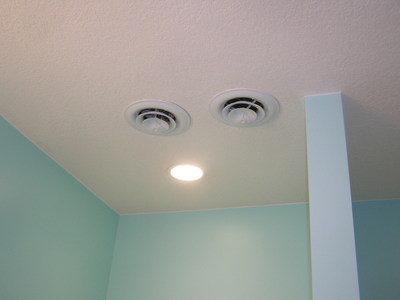 I can’t tell you how many plumbing vents I’ve seen with knockout plugs still in place. These are supposed to be removed after the final plumbing inspection, but it’s commonly forgotten about.  This means that the plumbing fixtures are not vented. 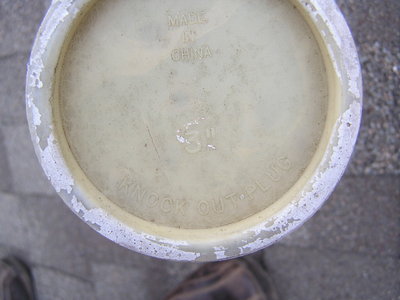 Many, many, many air conditioners get installed with the wrong size circuit breakers.  Note the text on the label for the AC that reads in all caps “MAX FUSE OR MAX CKT. BKR. – 20”  The 30 amp breaker is what fed the AC unit. 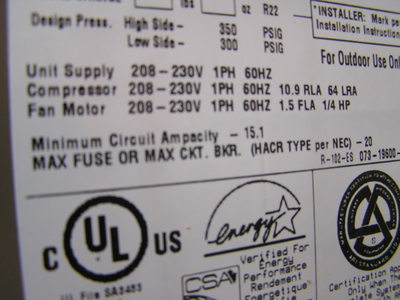 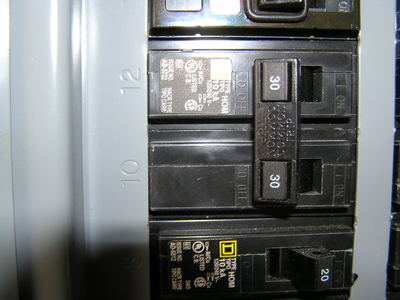 I could go on and on with these photos, but hopefully, I’ve made my point; new homes need home inspections too!