Not A Flamethrower testing on intumescent firestop collars

How effective are intumescent firestop collars? Joe, Matt, and I used a friend’s Not a Flamethrower to find out. The testing was fun and enlightening. 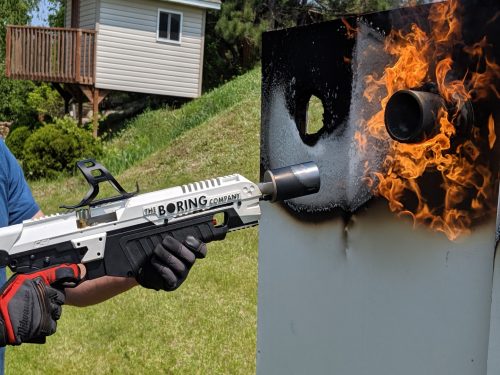 How does this relate to home inspections?

When we inspect the wall and ceiling that separates a garage from the living space of a home, we’re looking at fire safety. If a fire starts in the garage, we don’t want it to quickly spread to the inside of the house. I wrote about these requirements last summer in my post Fire separation between the garage and house; don’t say firewall. One of the things I had mentioned was the possible requirement for an intumescent firestop collar when you have a pipe penetrating the wall.

A fire could quickly burn through a thin pipe that penetrates the fire separation wall, but an intumescent firestop collar would seal up that hole, preventing the fire from getting through.

in·tu·mes·cent
/ˌint(y)o͞oˈmes(ə)nt/
adjective
(of a coating or sealant) swelling up when heated, thus protecting the material underneath or sealing a gap in the event of a fire.

Whether an intumescent firestop collar is actually required by code isn’t clear. The Minnesota State Building Code says that an approved material needs to be used around pipes (see R302.5.3, which points to R302.11, Item 4). What is for certain, however, is that a firestop collar is the generally accepted standard of practice throughout Minnesota. When a pipe penetrates a house/garage wall, I expect to see a firestop collar, such as the one shown below for a radon mitigation system. 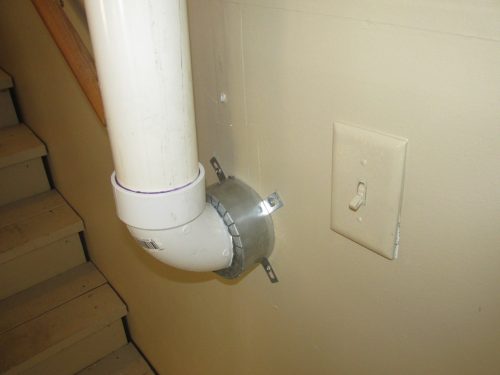 I shared that photo last year, thinking it looked like a good installation. Little did I know, at the time, that this wasn’t a proper installation. In fact, I didn’t even know that this was improperly installed until halfway through our flamethrower testing. Read on, and I’ll explain what’s wrong here.

We began our firestop testing by building a wall to simulate the wall between a house and garage. The photo below shows the back side of the wall. Thank you for all of your hard work, Joe and Matt. You guys are awesome. 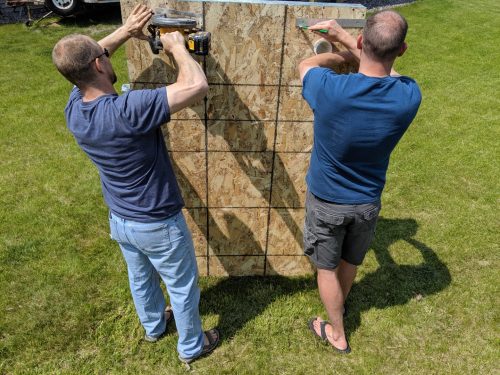 For the first test, we burned a PVC pipe that was held in place with Great Stuff Fireblock foam. We did this one first because we wanted to give the foam time to set, so we foamed the pipe in place the day before testing. It took a little less than 7 minutes for the pipe to fall out of the wall and leave a hole that fire would quickly spread through. 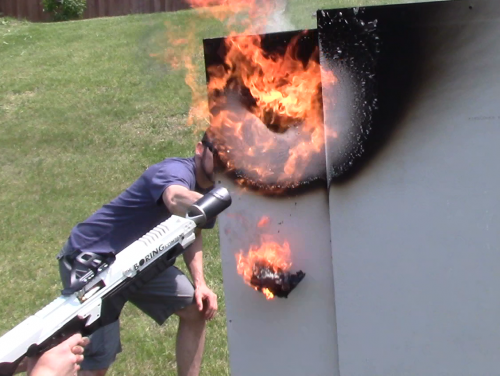 Here’s what it looked like from the other side: 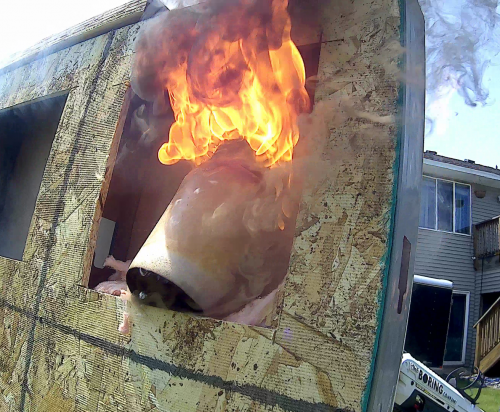 For our second test, we used PVC all by itself. It took about 6 minutes for major flames to start coming through the pipe, and we stopped the test there. 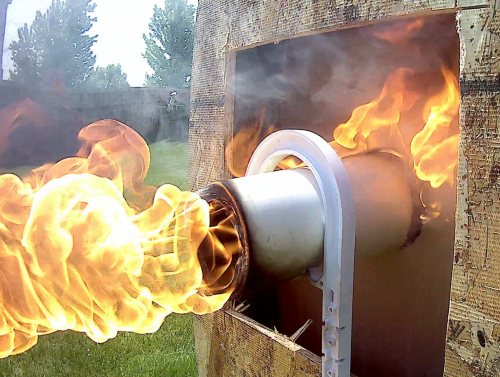 For our third test, we used an intumescent firestop collar, donated by our very own Patrick at Radon Stoppers. 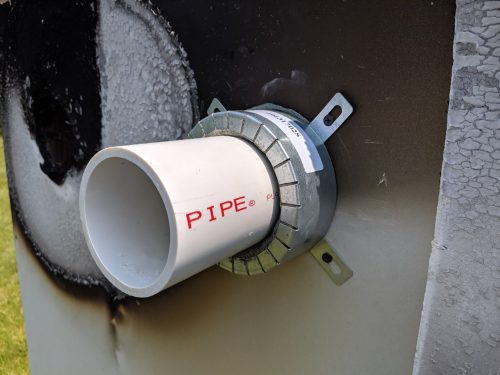 When we took the flamethrower to this pipe, the firestop collar expanded like crazy and easily pushed itself right off the wall. The expanding foam exerts a tremendous amount of pressure against the wall, and it took nothing to push itself off the wall. That’s because we only used drywall screws to hold it in place. The foam expanded and expanded, but it just turned into a big ball of goo. 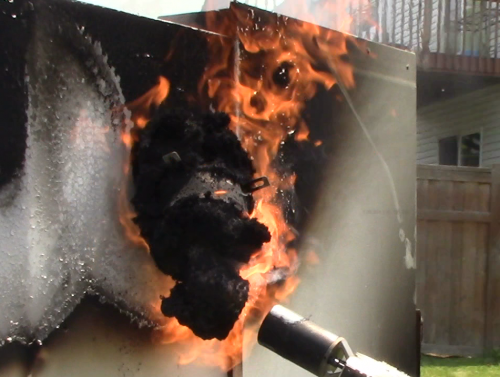 This definitely wasn’t the result we were looking for.

For our unplanned fourth test, we read the installation instructions for firestop collars. There wasn’t much there, except for some really specific instructions about which fasteners to use.

Duh! That makes a lot of sense. As the foam expands against the wall, it wants to pull away. All of the pressure needs to be exerted against the pipe instead, which is what will close the pipe off.

We followed the instructions (almost) for the final test by using machine screws, nuts, and washers. 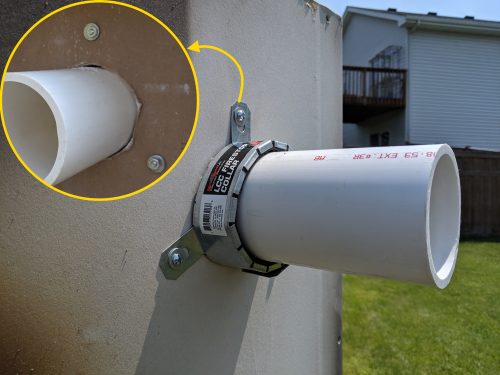 The results were dramatically different. The firestop collar stayed right in place, and the foam expanded so much that the pipe was sealed shut. 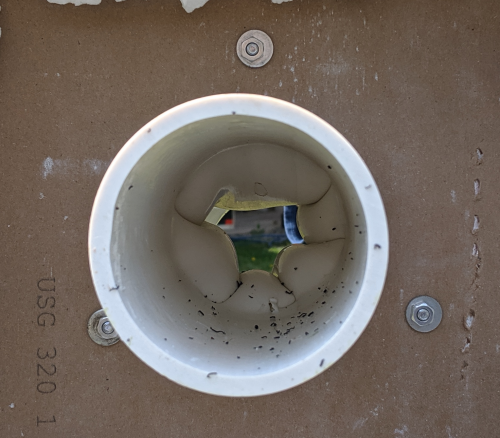 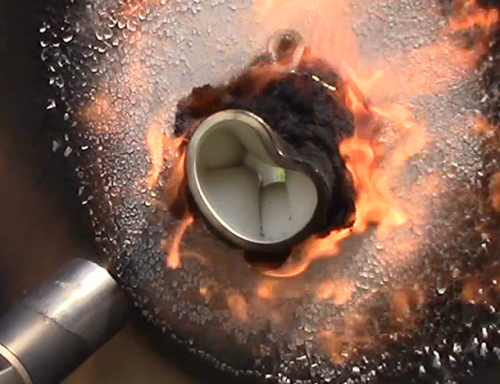 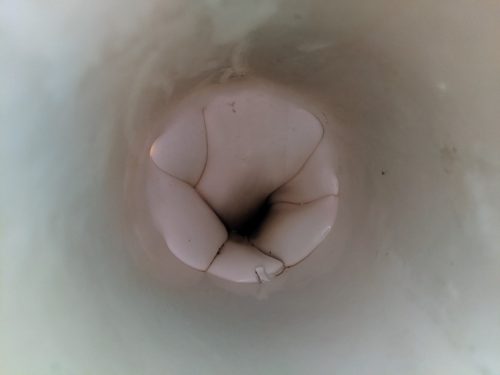 Pretty cool, huh? I saved the hunk of sealed-off PVC, and I’ll pass it around at home inspector seminars.

Here’s the trimmed-down video version of all of our testing. Enjoy! 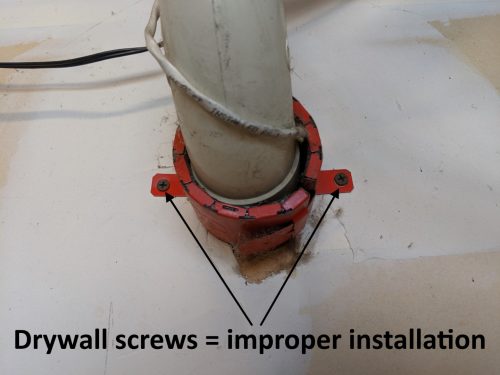 In the future, when I find firestop collars installed with the wrong screws, I’ll recommend having this corrected. It’s not a big deal to replace drywall screws with toggle bolts.

2 responses to “Not A Flamethrower testing on intumescent firestop collars”