How To Keep Water Out Of Your Basement

We haven’t had a ton of rain yet this spring, but it’s coming.  I can feel it.  Once it does, we start hearing about and finding wet basements.

While installing drain tile, a sump basket, and a sump pump is nearly a guaranteed way to prevent basement water intrusion, it wouldn’t be my first choice at controlling water in the basement.

Grading is the first thing to look at if there are water problems at a house.  I know this sounds very basic, and it is, but I inspect an unbelievable amount of houses that have poor grading at the exterior.  This means that the ground slopes in toward the house, rather than away from the house.  The fix for improper grading is to change the landscaping. 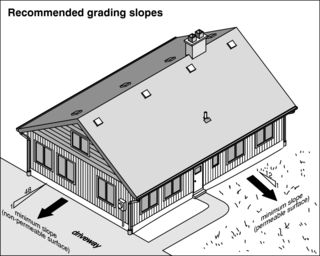 In cities like Minneapolis and Saint Paul, houses will often be too close to each other to allow for proper grading.  In these cases, one option is to create a swale in the yard, which will allow for water to go around the house in a type of trench. 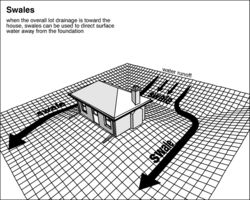 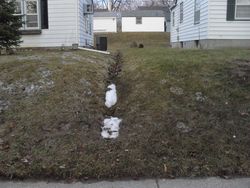 When a swale isn’t practical, an underground drain system can be installed in the yard.  This system consists of large plastic tubing installed underground that directs surface water to a more desirable location, such as the street.  I did this at my last house in Minneapolis many years ago, and it solved my basement water problems.  I rented a trenching machine and ending up burying about seventy-five feet of corrugated plastic drain tubing in my yard, and terminated the tubing at the street. 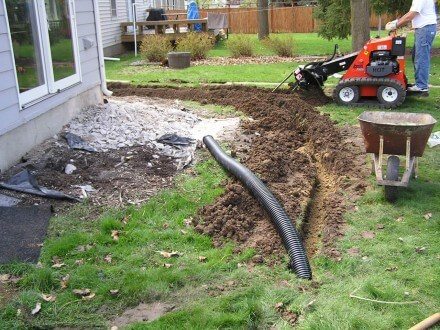 The other basic thing to look at when a house has basement water problems is the gutters and downspouts.  Without gutters, rainwater can often be concentrated from many different areas on a roof to one single location next to the house, like what’s happening in the photo below.  All the highlighted areas dump water in to one single spot next to the house.  That’s bad news, and in my opinion, bad design.  Gutters would really help to keep water away from the house here. 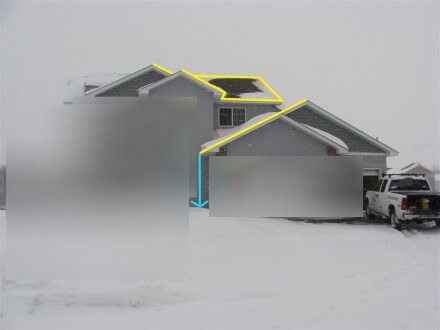 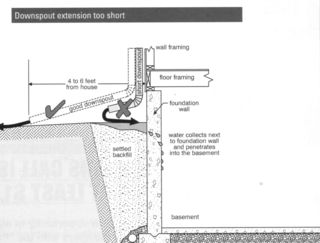 If you have water in your basement, take a look at the obvious stuff before calling a wet basement specialist.  Just for fun, here’s a quick news clip that Milind and I did with KSTP News on wet basements in 2011.  I don’t miss the snow.