I received an email from a curious reader about 5-1/2 years ago, asking exactly which brand of battery to use in smoke alarms. He heard a rumor that smoke alarms wouldn’t function properly if the wrong brand of 9-volt battery was used. I’ve never paid any attention to this, so I read some of the fine print from smoke alarm manufacturers, and I was surprised to learn that they’re actually quite picky about batteries. They not only specify brands but go so far as to specify the model of battery to use. Here’s a screenshot from Kidde:

Very interesting. The manufacturers say that you should use fresh batteries, and you should replace the batteries annually. So what happens when you use an off-brand? I was curious about this, so I conducted my own long-term test to see how long various brands would last. I purchased five cheap smoke alarms and five various batteries in May of 2016, installed them in my basement, and I’ve been playing the waiting game ever since. 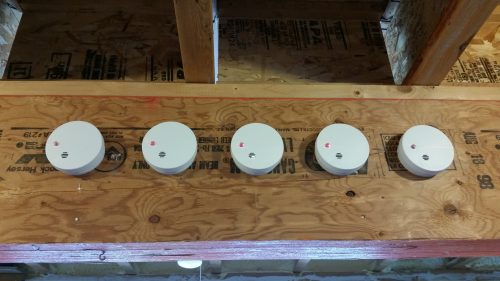 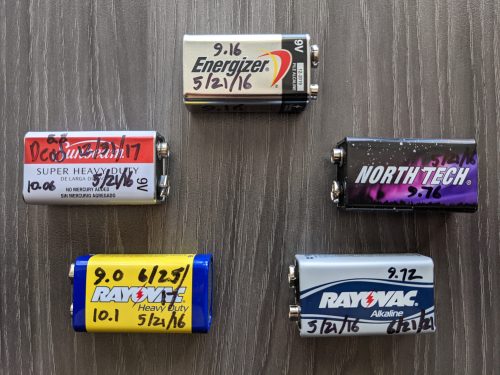 I did not test the smoke alarms weekly (WEEKLY???); I just waited until they started chirping. Here are the results, ranked from best to worst:

If you decide to use cheap smoke alarm batteries, you’ll probably be fine as long as you diligently replace your batteries every year. But you’re surely safest by using only the batteries specified by your smoke alarm manufacturer.