“But you don’t need to inspect the common areas, they’re owned by the association.”

That’s a common objection given by home buyers or real estate agents.  It’s true, the common areas are typically owned by the association… but who owns the association?  If the roof needs replacement and the association isn’t aware of this or hasn’t budgeted funds for the roof replacement, who is going to pay?

I’ve put together a few photos of some ‘common area’ defects at townhouses that I’ve identified in the past year or two while inspecting the townhouses the exact same way that I would inspect a single family home; I inspect the whole thing.

Roof defects are huge on townhouses.  Many times, nobody knows about the defect yet, or in some cases, such as in the next two photos below, someone knew about a problem and made several unsuccessful attempts to repair the problem.  Check out all the caulking used at these shingles.  This caulking will do nothing to fix the problem; the issue was improper flashing, and it still hasn’t been fixed. 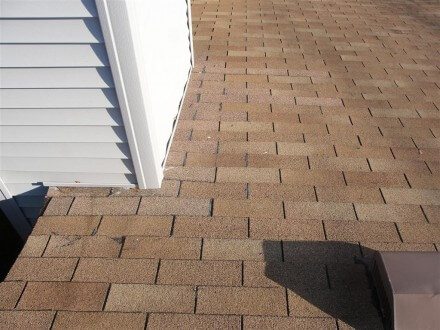 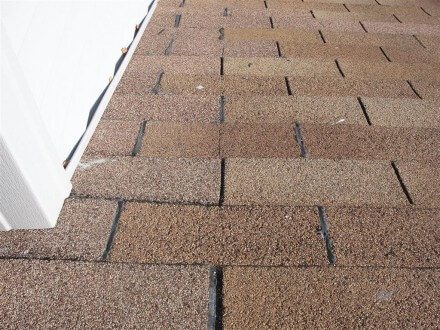 What happens when the shingles have reached the end of their serviceable life, but no one knows about it yet?  At this particular townhouse, the south side of the roof wasn’t visible from the ground until you walked way out in to a field, and at that point, it was too far away to get a good look at the shingles.  Of course, I took this picture from on top of the roof.

Does the townhouse association have funds allocated for roof replacement? 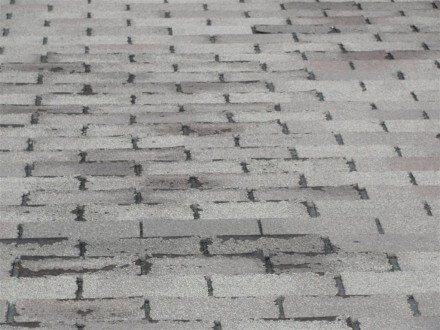 Tree branches should never touch roofs; they cause problems.   The damaged shingles shown below need to be replaced. 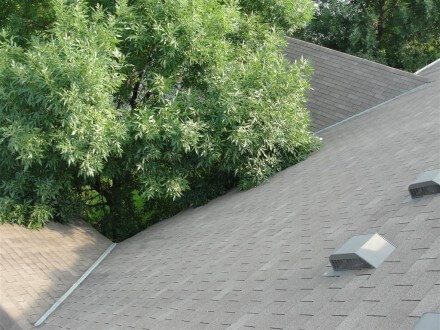 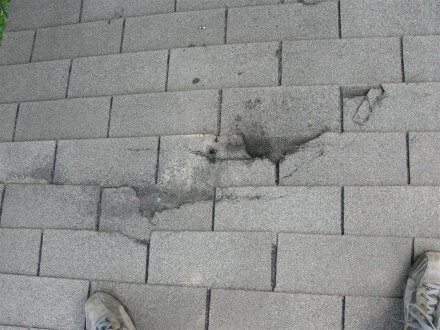 While at first this might seem unreasonable, just imagine you’re the owner who just spent $2,000 to have their attic re-insulated.  You don’t have any ice dams over your unit, because you don’t have a problem with your attic.  Why should you have to spend more of your own money fixing everyone else’s problems?  This is not a political blog… but in my humble opinion, it’s only fair for individual owners to pay for their own snow and ice removal.

In the photo below, there was such a huge snow pile from all the snow removed from the roof that I hardly even needed a ladder to get on the roof. 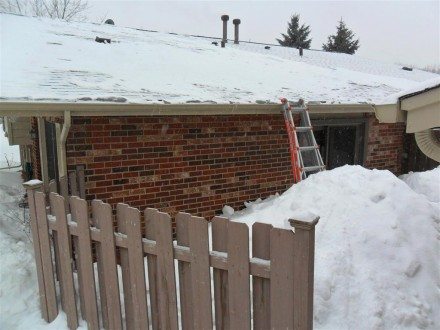 If there is no snow on the roof, how does the home inspector know there were ice dams?  They look for clues.  When a townhouse owner or the townhouse association hires a bunch of hacks to remove ice dams, the removal typically consists of people literally “hacking away” at the ice dams with tools that will permanently damage the shingles.

If you’re buying a townhouse, these are things you’ll want to know about ahead of time. 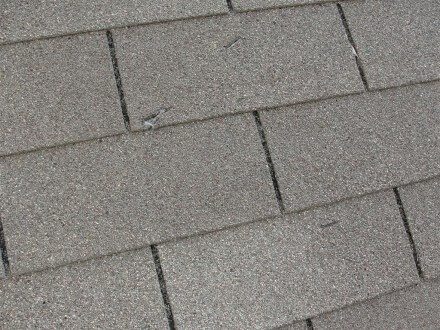 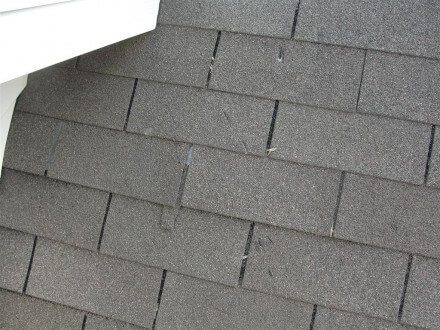 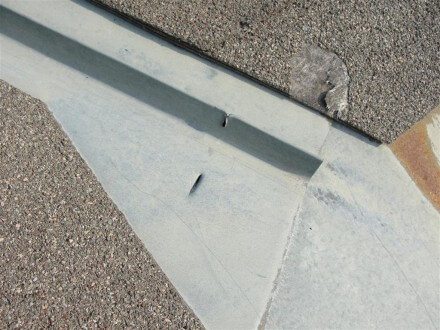 On townhouses, exterior maintenance is obviously the responsibility of the townhouse association, but again, is the association aware of the big projects that are going to cost a lot of money?  If not, this means an assessment for the owners. 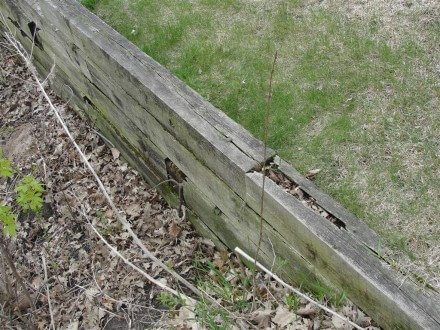 Custom wrought-iron guardrails and handrails are expensive.  Who will be paying to replace these guardrails? 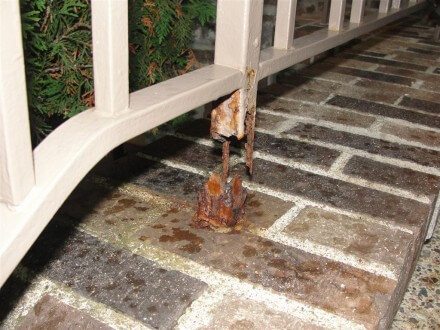 Home inspectors can’t fully inspect the interior components of a home without also inspecting the exterior.  For instance, where does the dryer exhaust to?  At this particular townhouse, the dryer exhausts underneath the back porch, which is a terrible location.  It’s not accessible, and it’s completely clogged with lint.  This is a fire hazard, and the dryer probably takes forever to dry clothes.  The repair for this is to have the dryer duct re-located, which probably won’t be cheap, considering the fact that the entire basement is finished. 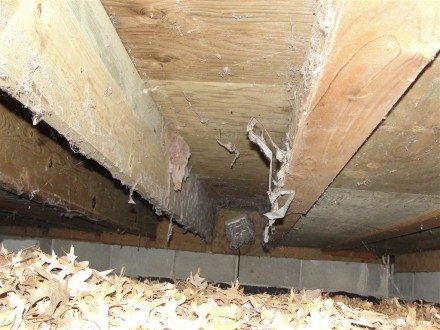 Again, home inspectors can’t fully inspect the interior components without also inspecting the exterior components.  In the photo below, the duct for the kitchen exhaust fan is blocked by a bird nest. 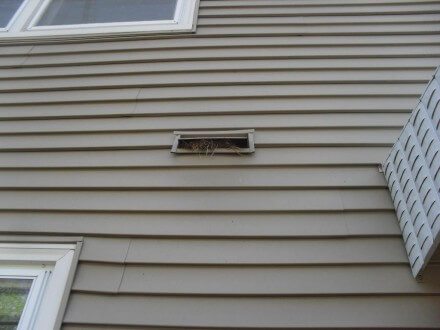 If the home inspector doesn’t inspect the exterior, how will they know the combustion air intake for the furnace room is blocked shut with dirt and debris? 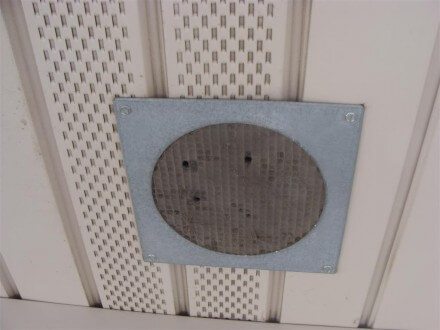 If the home inspector doesn’t inspect the exterior, how will they know the gas meter is leaking?  Note the bubbles. 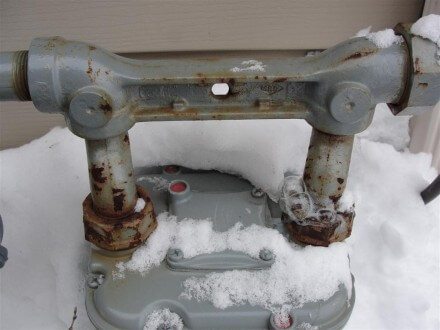 If the home inspector doesn’t inspect the exterior, how will they know that the furnace was improperly installed?  The vent terminal is required to be at least 10′ away from the HRV intake to prevent exhaust gases from getting sucked back in to the house.  Obviously, this doesn’t always happen… 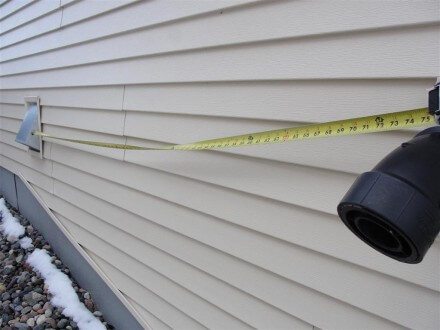 Stucco problems can be ridiculously expensive.  Just because it’s a townhouse doesn’t mean the individual owners will be protected from huge expenses related to stucco repair.  I strongly recommend invasive moisture testing on stucco townhouses built since the late 1980’s. 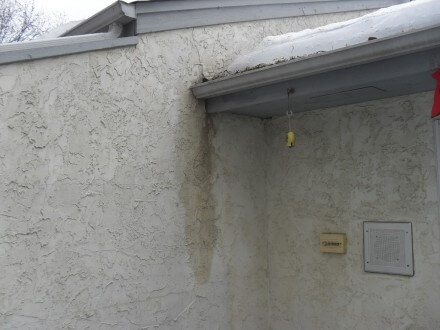 Home inspectors find more problems with decks than with any other component of a home.  With townhouses, decks are often the sole responsibility of the homeowner; if you see a bunch of different decks in various states of repair, it’s usually a dead giveaway that the deck is the owner’s responsibility, not the townhouse association’s. 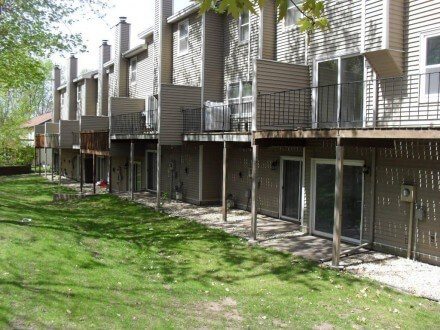 When all the decks look identical, it’s a pretty safe bet that the decks are the responsibility of the association, but it’s still important to know that the deck was properly constructed and safe for use.  An extremely common defect that I find on decks is improper nails used at the joist hangers; it doesn’t matter if it’s a townhouse or not. 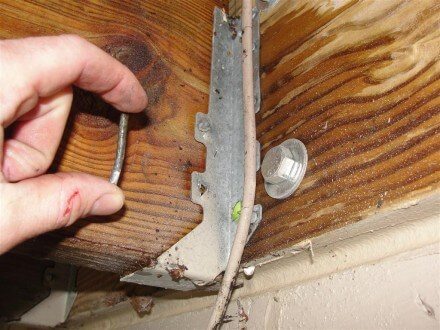 This deck was more than just a little rotted.  I usually use an awl to probe for rot… but sometimes I don’t need to. 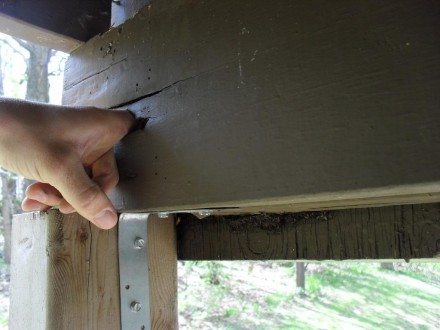 Improperly attached decks are the number one cause of deck collapses.  The deck at this townhouse had a ledgerboard with huge notches for the anchor bolts.  Those notches will significantly weaken the ledgerboard.  Bad times. 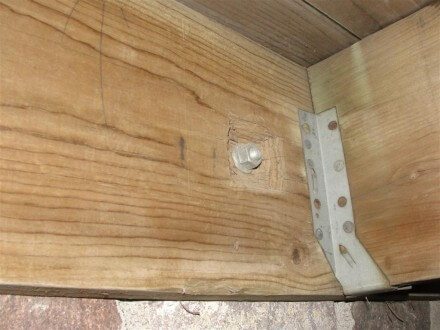 Decks are never supposed to be attached to walls with brick veneer siding… even on townhouses.  The fix for this construction defect is to have the deck supported independently from the house. 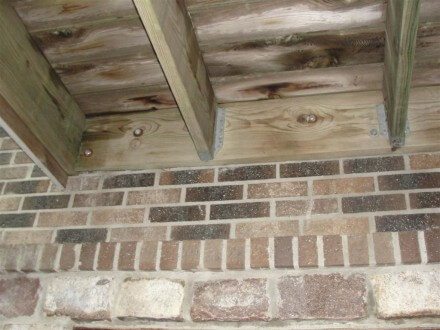 I could go on with these photos, but hopefully I’ve made my point by now.  When a townhouse buyer absolutely doesn’t want to have the exterior inspected, we’ll skip that part of the inspection and discount our inspection fee by about 20%, but we don’t recommend it.  Townhouses should be inspected inside and out, just like single family homes.