How big of a hole can you put in an I-joist?

Today I’ll cover the basic rules for putting holes into I-joists. I discussed notching and boring for dimensional lumber in last week’s blog post, and it was easy to cover because the rules are the same for everything. When it comes to I-joists, the rule in the codebook is even simpler: follow the manufacturer’s instructions. You can find the exact language under section R502.8.2 of the International Residential Code. But now it gets a little more complicated.

Manufacturers rules for holes in I-Joists

Not surprisingly, they’re all pretty similar. I’ll discuss the stuff they all have in common.

Don’t mess with flanges. The flanges are the top and bottom parts of every I-joist, and you can’t touch ’em. No cuts, notches, holes, or dirty looks. They’re sensitive, ok? 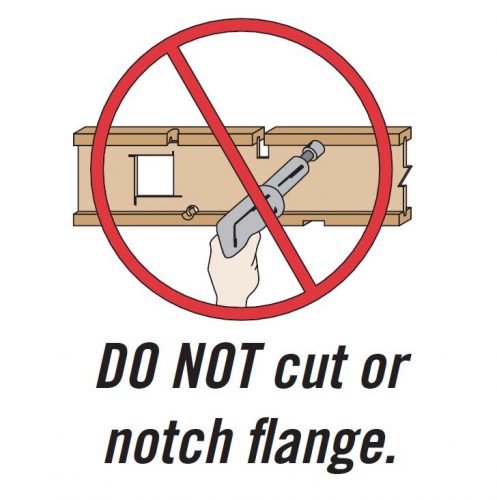 Big holes in the middle are fine. Compared to the rules for boring holes in dimensional lumber, you can put surprisingly large holes in the middle web of I-joists. In fact, you can put holes that go almost all the way from the bottom to the top of the joist. TJI, for example, say you just need to leave 1/8″ of webbing remaining! For people used to looking at dimensional lumber, these holes look very, very wrong… but they’re actually fine. 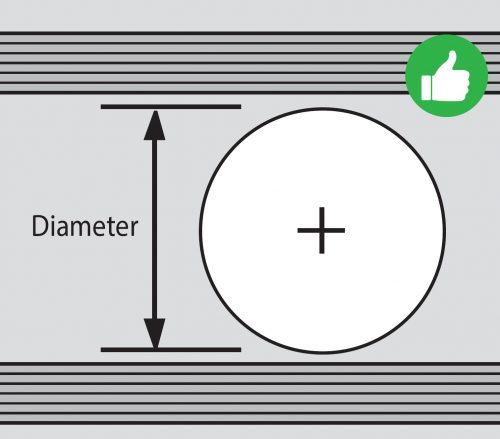 Stay away from supports. While it’s ok to make big holes in I-joists, you need to stay away from bearing points. These exact rules vary quite a bit from manufacturer to manufacturer, but in general, manufacturers are fussy about holes too close to areas with support beams below. 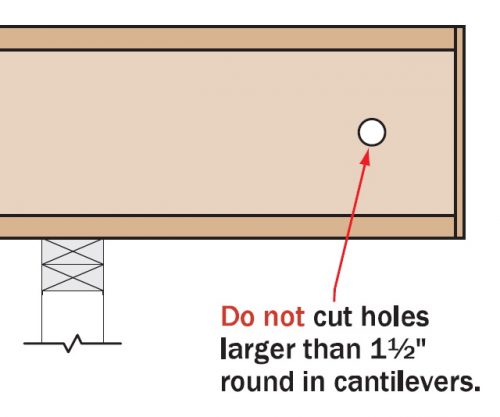 Lots of small holes equal one big hole. Holes need to be spaced certain distances from each other, but if you want to put a bunch of holes in one spot, you can count them all as one big hole. 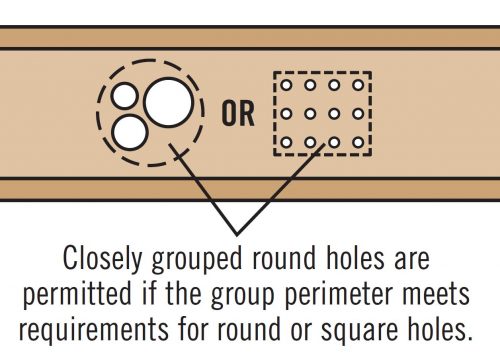 The rules for putting holes in I-joists come from the manufacturers. To know exactly what’s allowed, you need to do some research, but in general, the rules are all pretty similar. The two biggest things to remember are that big holes are allowed in the middle, and don’t mess with the flanges.

2 responses to “How big of a hole can you put in an I-joist?”