There has already been two deadly fires in Minneapolis this year, both occurring within a month of each other.  One left five children dead on February 14th, and another left two adults dead on March 11th.  In both cases, smoke alarms were present.

The vast majority of residential smoke alarms are ionization alarms, which take a long time to respond to smoldering fires.  In many cases, they respond too late.

Photoelectric smoke alarms are also not much more expensive than ionization smoke alarms.  The photo below shows a price tag at Costco, selling a two-pack for $15.99. 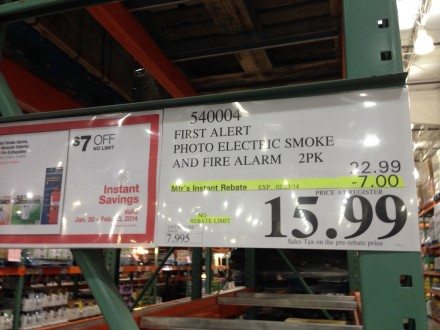 Again, if you don’t have photoelectric smoke alarms in your home, get them.

At a minimum, smoke alarms should be installed inside of each bedroom, and in at least one common area on every level. 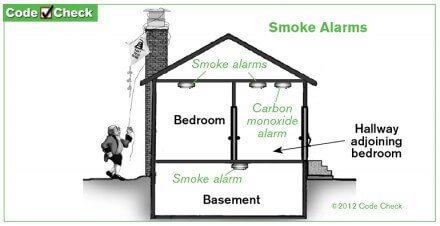 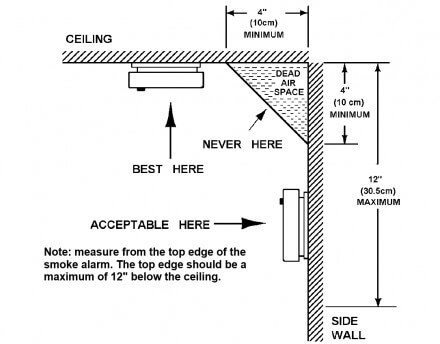 When installing smoke alarms on a sloped or peaked ceiling, use the diagram below for guidance. 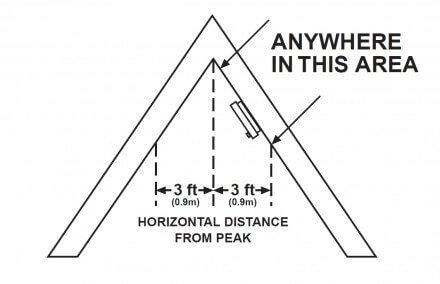 Smoke alarms should be replaced every ten years.  Many smoke alarms have the date on the back of the alarm.  For example, the smoke alarm shown below was manufactured in 2001. 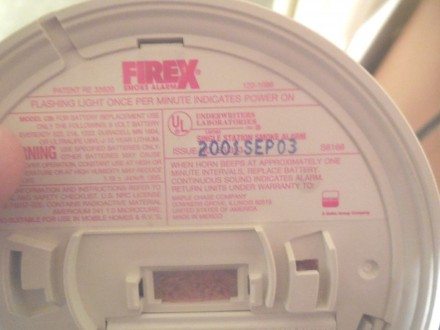 If you can’t find a date on the back, assume it’s over ten years old and replace it.  Because CO alarms are only good for five or seven years, I don’t recommend buying smoke alarm / CO alarm combo units.  Buy individual alarms. 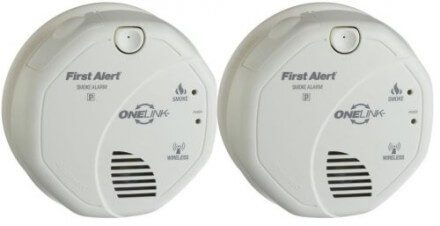 I’m assuming everyone already knows to test their smoke alarms and replace the batteries regularly, so I’m not including those in this list.