Standard dimmer switches should never be used to control the fan motor on a ceiling fan because the dimmer could damage the fan motor, or overheat and start a fire.  To know whether a dimmer switch is intended for use with a fan, just remove the switch cover; there is typically fine print right on the front of the switch saying whether or not it can be used with a ceiling fan. 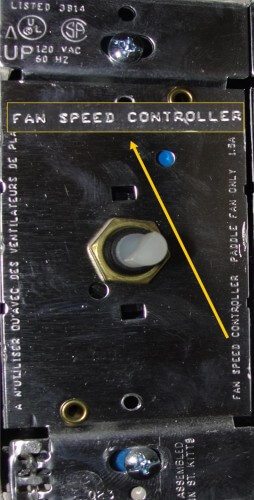 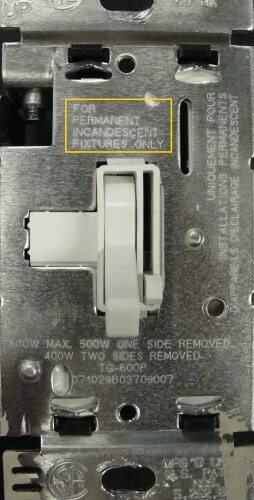 A safe repair can be as simple as replacing the dimmer switch with a standard toggle switch, but you also lose the ability to dim the light.

If the wiring for a ceiling fan is already in place in your home (ie – you have separate wires for the fan control and the light control), it should be fairly easy for a qualified person to wire up separate controls for the fan and the light, which will include the ability to dim the light. 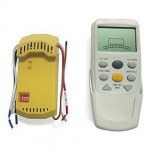 If the ceiling fan was a retro install, there probably won’t be proper wiring in the wall for separate fan and light controls; not to worry though.  You can actually purchase a device that will do this – it consists of a wireless remote and a receiver that gets wired directly in to the fan.  These devices work very well, and as far as I know, they can be used with any ceiling fan.