The term “grandfathered” should never come up during a home inspection

One term that home inspectors need never use is “grandfathered.” It’s a term that refers to a building component or installation that was acceptable at the time it was done, but is no longer acceptable on new installations. A very common, simple example of this is the allowable spacing on balusters at guards. At one time the allowable spacing was 9″, then it was reduced to 6″, and was reduced again to 4″, which is where it stands today.

Side note: the spacing requirement isn’t exactly 4″. The code language says Required guards shall not have openings from the walking surface to the required guard height which allow passage of a sphere 4 inches (102 mm) in diameter. There are two exceptions to this, listed under R312.1.3. The whole goal of reducing the opening from 9″ to 6″ was to prevent children from squeezing through openings and falling. The unintended consequence of this change was that children’s bodies could squeeze through a 5-1/2″ opening, but their heads couldn’t. If a child tried to slip through an opening body-first but their head didn’t make it, they could be strangulated. 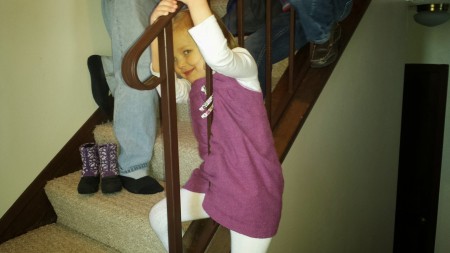 Conversely, home inspectors need not get hung up on new code requirements just because they’re now code. Take for example the entire new Minnesota plumbing code that just recently went into effect. With this new code came a ton of changes to the way things have always done. For example, the old minimum required floor space for a shower was 900 square inches, but now it’s 1,024 square inches.

Do changes like this matter to a home inspector? No. Have I ever measured / calculated the floor space of a shower to make sure that it met code? Heck no. What would I say if a shower was short by 10 square inches? Tear it out and redo it? No way. Not unless I could justify doing so without using the word code. I’m not a code inspector, and I’m not there to report code violations; I’m there to report stuff that matters. I have no aversion to using the word “code” during my inspections and in my reports, but it’s not what I base my reports and recommendations on. It’s just something I can use if I need an authoritative source to back up my recommendations.