In November of 2011 I wrote a blog post about using zinc strips to prevent moss from growing on the roof, or possibly to kill moss.  I conducted a fairly long-term experiment by installing zinc strips on a moss-covered garage roof, and showed before and after photos after the zinc had sixteen months to work its magic.

The results were much better than I had expected.  The first photo, showing the untouched roof from July of 2010, showed a lot of moss growth. 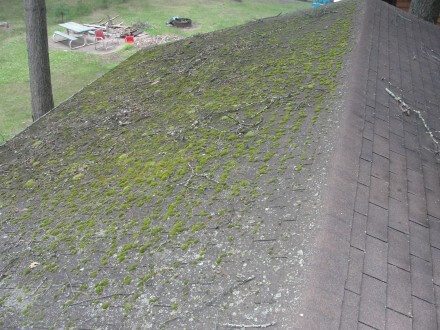 The next photo, from November of 2011, showed far less moss.  I used a leaf blower to clean the roof off before taking that photo. 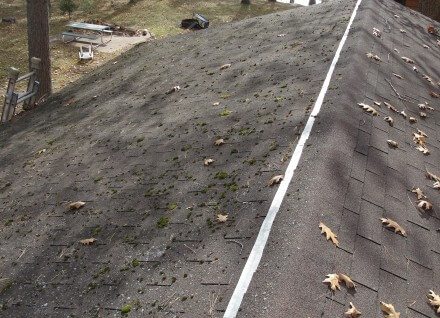 It’s been about four years since I installed that zinc strip, and the shingles are going to be replaced soon, so I’m showing a final follow-up photo before that happens. 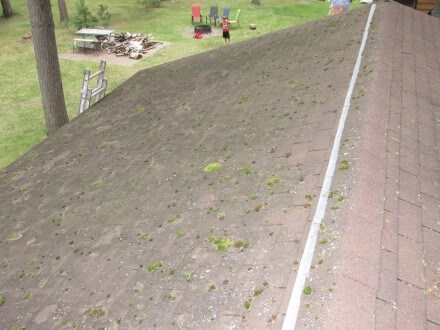 As you can see, it looks like there has been some new moss growth.  Why?  I don’t know.  Perhaps the zinc strips lose some of their effectiveness over time?  Maybe the record amount of rainfall we’ve received this year has made the moss growth worse.  I’m not sure.  The bottom line is that zinc strips certainly help, but it’s tough to say whether they’re worth the extra money.