The biggest concern with all sub-slab ductwork is the potential for water to enter the ducts, which is what today’s blog post is all about.

Side note: sub-slab ductwork is ductwork installed below the concrete floor.

Regardless of what type of sub-slab ductwork is present, water is the main concern. If water finds its way into sub-slab ductwork, mold can follow. This leads to poor indoor air quality and health concerns. That stuff at the top of the duct in the picture below sure looks like mold, doesn’t it? 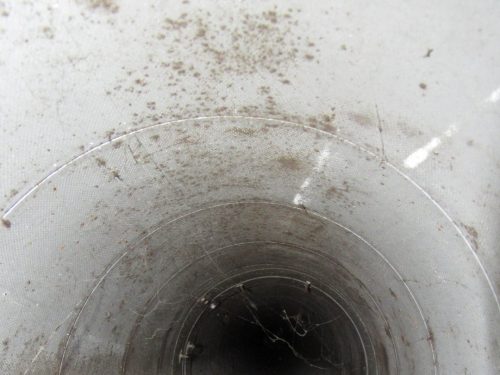 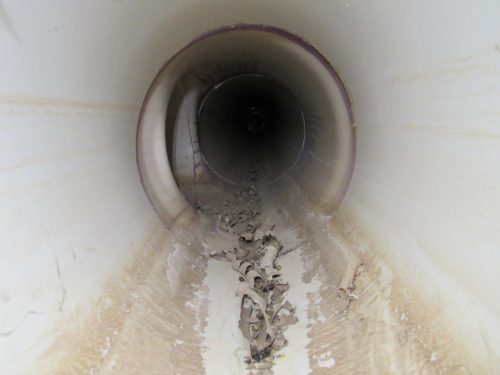 Here’s another duct with a similar situation, but not as bad. 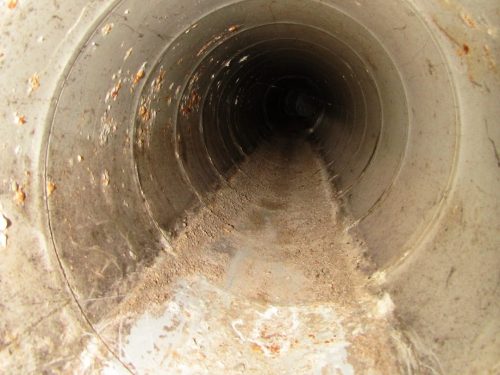 The rest of these images show sub-slab ductwork with standing water. 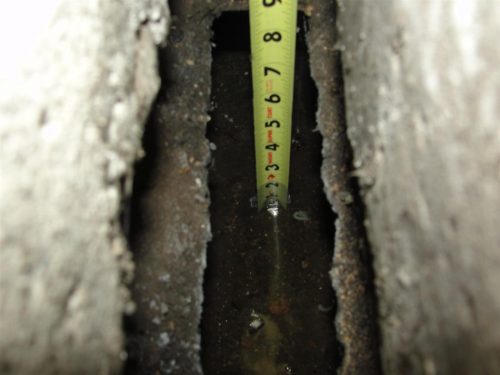 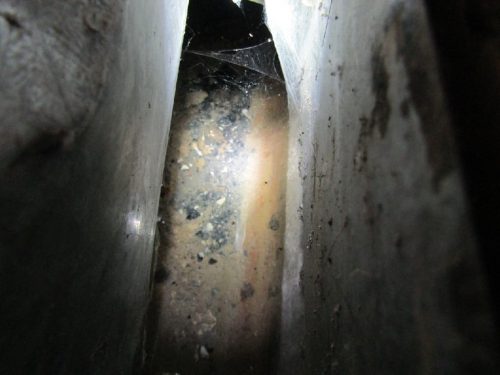 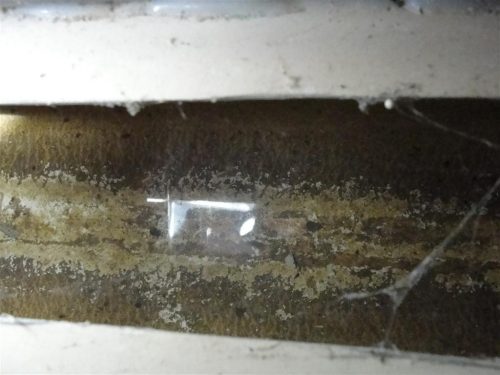 We’ve inspected a handful of homes with such serious ductwork problems that the homeowners have resorted to installing sump pumps inside of their return plenums. No joke. We’ve seen this done many times. 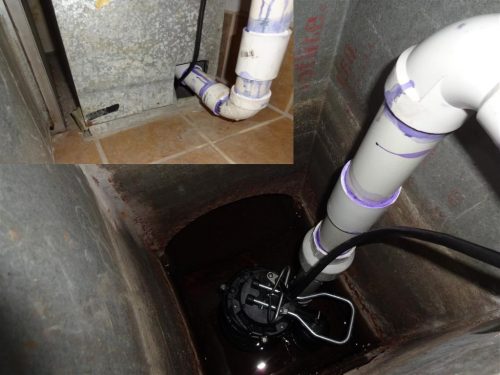 There are two basic methods for dealing with water in sub-slab ductwork; abandonment or repair.

The other option, repair, consists of two steps. First, the source of the water needs to be corrected. This will probably require the services of a basement waterproofing company. Most importantly, the obvious stuff like exterior water management would need to be addressed first. If that has already been addressed but hasn’t solved the problem, the home might need to have an unusually deep drain tile system installed. It must be deeper than the sub-slab ductwork.

The second step requires encapsulation or lining of the ductwork. This is a service that I learned about through my ASHI chapter last year. We had a guest speaker come out to talk to us about duct lining, which is apparently a good option for homes with problematic sub-slab ductwork. It won’t fix water intrusion, but it should eliminate any air quality concerns, and it’s far less expensive than abandonment.

ps – we’ve also found dead mice in sub-slab ductwork, we once found a pipe, and we’ve even seen severely rusted metal ductwork used below the slab more than once.