Why are home inspectors obsessed with flashlights?  It’s probably because flashlights are one of the few tools that home inspectors just absolutely couldn’t do an inspection without, and it’s the only tool that keeps getting better and better every year.  Now please excuse me while I geek out.

Every time I get a new flashlight, I swear to myself that it’s the last flashlight I’ll ever need, and nothing could ever top it. The I’m-in-love-with-my-new-flashlight glow seems to wear off around the second month of ownership… but even sooner if I have the misfortune of reading about some other flashlight that would have been brighter and longer running for a similar price.

The flashlight I’m using now is a Fenix TK35, which I’ve had for just over two weeks, and still quite in love with. The day I got it, my wife had to tell me not to take it to bed. I had no plans to write a blog post about it, but after reading Washington home inspector Rick Bunzel’s recent review of flashlights in the ASHI Reporter where my flashlight wasn’t mentioned, I had to.

Twelve flashlights were compared in the review, but I think this one tops ‘em all. This little light cannon has the power of a spotlight, yet it’s small enough to fit in to your pocket.  It wasn’t as bright as the brightest flashlight reviewed, but it’s also less than half the price and it’s far smaller.  To give you an idea of how powerful this light is, I compared several lights by shining them against a garage a night.

In the photo below, I laid out a three D-cell MagLite for comparision, which is flashlight shown on the bottom.  The middle flashlight is the TK35, and the top one is the TK11, which has obviously seen some wear. 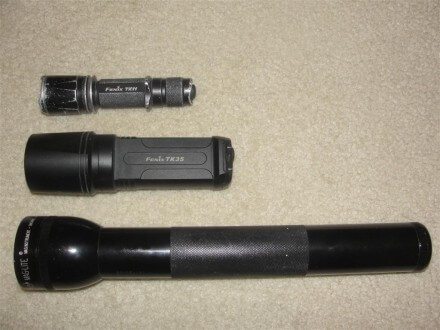 In this next photo, I have the headlights on my Silverado shining against the garage as a point of reference. 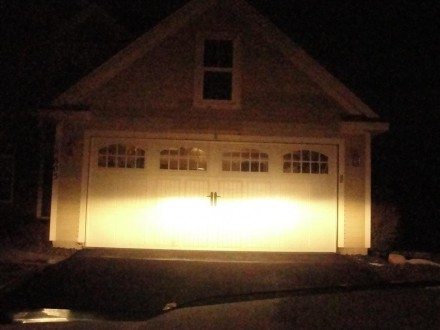 The next photos show the TK35, the TK11, and the MagLite, respectively. 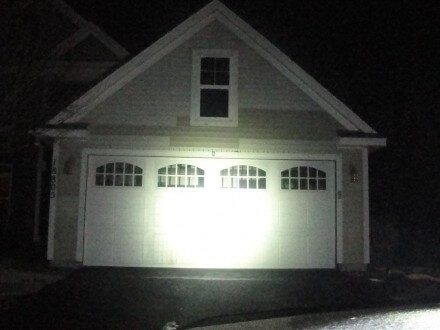 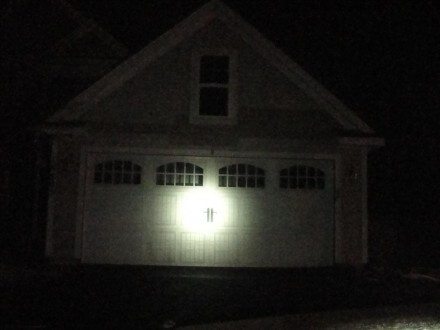 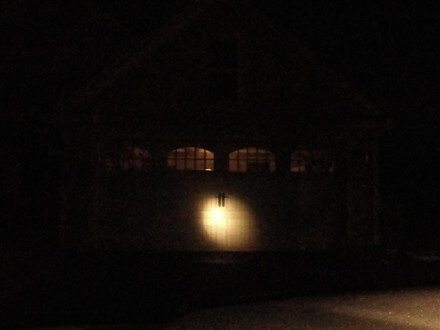 For the past 2 ½ years I’ve been using a Fenix TK11, and it’s been an unfailing light the entire time, even after taking a fall off a two-story roof on to concrete.  I expect to get the same ruggedness and durability out of the TK35.  This flashlight is almost as small, ridiculously bright, and has a long run time – 1 ½ hours on the 820 lumen setting.  I’ve only done a few inspections with it, but I’m already spoiled.

The batteries are the same 18650 lithium ion batteries that my TK11 took, except it takes two batteries, not one like the TK11.  I’ve had the same batteries for my TK11 ever since I got it over two years ago, and I haven’t noticed any drop in performance.  I use my flashlight all week long, then I put the batteries on the charger over the weekend.

If you’re looking for the latest and greatest flashlight, this is a great choice for the money.  If you know of a better flashlight, I’d love to hear about it.