More updates to the new Minnesota State Building Code that was updated in January of this year.  I know I’ve written a number of blog posts on this topic recently, but these are the first major updates to our code since 2007, so there’s a lot of stuff to discuss.  Today I’ll be covering the basics of the building code as it relates to radon.

Back in June of 2009, Minnesota adopted Appendix F of the 2006 IRC, which was the section that specified how to construct a radon-resistant house.  If you’re interested in viewing the old requirements, here’s a pdf showing the old requirements for radon systems in Minnesota, which was effective 6/17/2009 to 2/16/2015.  Those rules were replaced on 2/17/2015 with four code sections that are available online: 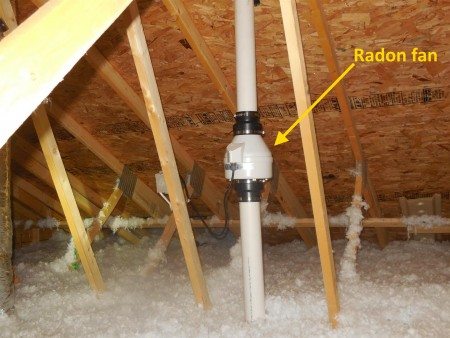 I’ve read through the changes and it all seems pretty much the same except for the last section, Requirements for Active Radon Control Systems.  The basic difference between passive and active systems is a fan.  Active systems have them, passive systems don’t.  In the previous rules, there were no specifications about how to install an active system, but now there are a few rules.

These rules have always been followed by good radon mitigation companies, but now they’re official.  There’s three of them.

The radon fan needs to suck air out from under the house, and can’t be allowed to potentially leak radon into the home.  The fan must be located outside of the conditioned space of the home, and any portions of the radon pipe that are under positive pressure cannot pass through the conditioned portion of the home.

A monitoring device must be installed to show that the system is working.  A manometer is actually the only device I’ve ever seen used to monitor a radon mitigation system, and it’s a pretty simple device; it’s just a U-shaped tube of colored liquid with a flexible plastic tube running into the vent.  When the radon fan is running, the suction from the fan moves the liquid, showing that it’s working.  That’s it, that’s all. 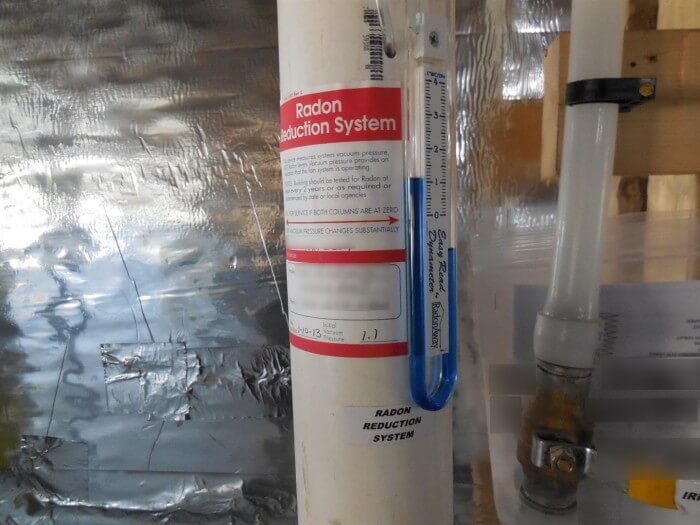 A switched light and an outlet need to be installed near the radon fan as well.  To use the code language, these are called a “luminaire” and a “receptacle.”

That’s it, that’s all.  I don’t expect anything to change, but now the stuff that the good guys have already been doing is a rule.