One of the most common Truth-in-Housing repair items is an unfilled opening in an electrical box or panelboard.  If you walk through the garage or basement of just about any old Minneapolis or Saint Paul home, you’ll probably find a few of these. 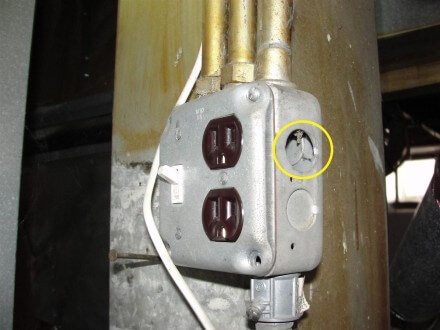 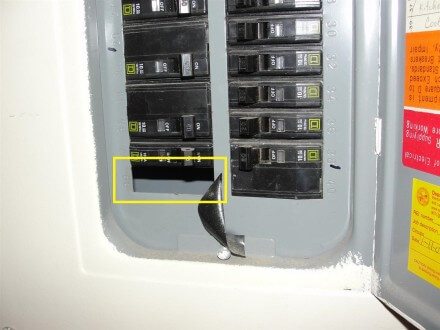 The national electric code says that unused openings in such equipment need to be closed.  Covering these openings helps to prevent accidental shocks (think of kids), helps to prevent hot sparks from escaping if something goes wrong inside the enclosure, and helps to prevent pests from entering.  It happens. 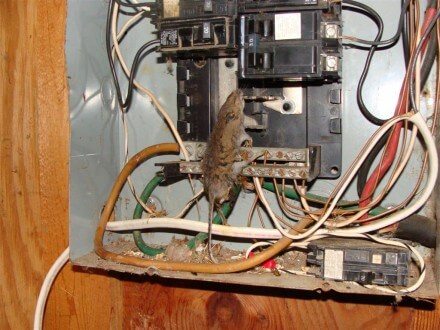 How to fix a missing knockout plug

First, determine the size of the missing knockout hole and subtract 3/8″ to figure out what size knockout plug you’ll need.  For example, if you have a 7/8″ hole, you’ll need a 1/2″ knockout plug.

Next, go buy some knockout plugs.  They’re sold in small quantities at hardware stores and home improvement stores for about a quarter each. 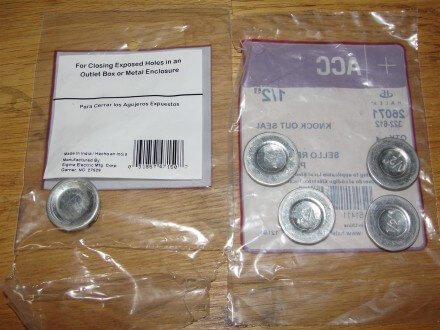 Next, kill the power to any circuits going through the box you’re working on.  As GI Joe always thought to himself, “being safe is the other half.” 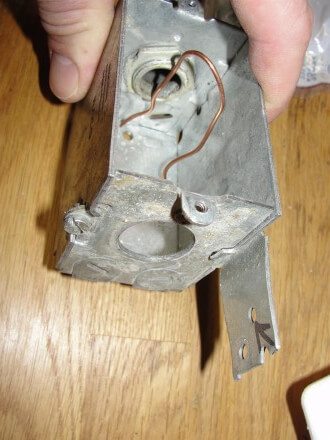 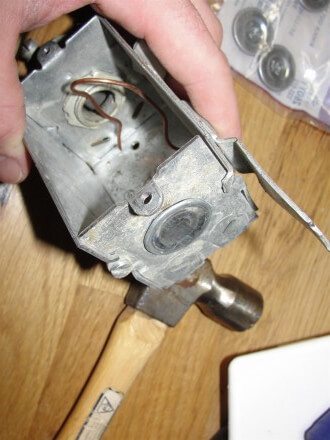 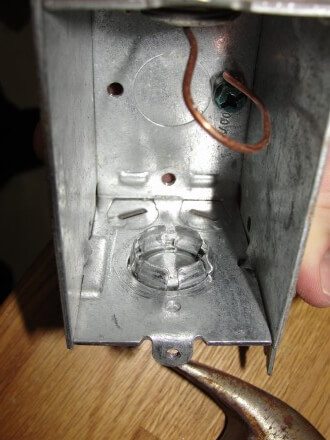 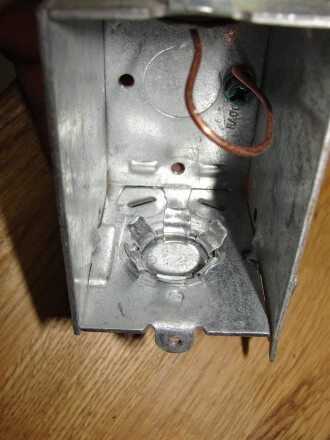 First, determine the brand and type of panel.  It will probably say so right on the door.  If it helps, take a photo of the label.

Next, go buy some filler plates at a home improvement store or hardware store.  You’ll find them next to the circuit breakers. 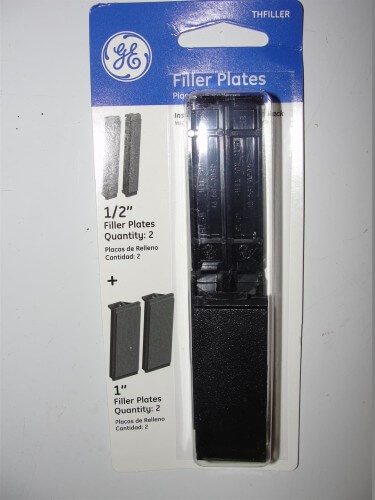 Finally, shut off the power to the panel and pop the appropriate filler into place.  This can typically be done without even removing the cover.

For Truth-in-Housing evaluations, openings in the front of an electric panel are required repair items in Minneapolis, Bloomington, Hopkins, Robbinsdale, and South Saint Paul.  They’re considered a hazard in Saint Paul.

Now go forth and fill your holes with impunity.