Kitchen Remodeling: Do It Right The First Time

If you plan to renovate your kitchen, take the time and spend a little extra money to get the plumbing, mechanicals, and electrical right.  Home inspectors find a lot of remodeled kitchens where it would have been just a little bit of extra work to fix an existing problem or avoid future problems, but someone skimped.

Add more circuits.  The current requirement for kitchens is that there needs to be at least two 20-amp small appliance circuits for the kitchen countertop outlets.  If the home doesn’t have these already, this is a nice upgrade.  Current standards also require a dedicated circuit for the dishwasher and a dedicated circuit for the garbage disposer.  Go ahead and bring this stuff up to current standards – this will reduce the potential for nuisance tripping at the circuit breaker panel.

It’s also good practice to add a dedicated circuit for the microwave, and another for the fridge.  These aren’t required, but again, they’re nice upgrades.

Add GFCI protection.  Perhaps the most important safety upgrade for kitchens is to add GFCI protection for all of the countertop outlets.  The purpose of a GFCI outlet is to keep you from getting electrocuted; not shocked, but electrocuted.  As in ‘killed by electricity’.

GFCI protection can be added to several outlets by wiring the first outlet in the series through a GFCI device, and then wiring all the rest of the outlets downstream from that one.  GFCI outlets cost less than $15 each, making this a smart safety upgrade for any kitchen that doesn’t have them, but especially a remodeled kitchen. 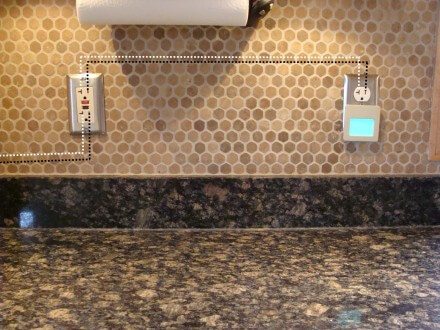 Think about your gadgets.  Where do you charge your mobile phone and other gadgets?  If it’s in the kitchen, create a little space for them and add an outlet with built-in USB chargers.  Home Depot sells these for $20. 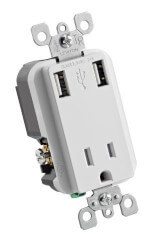 Replace steel water lines.  When old galvanized steel pipes supply water to the kitchen sink, they should be replaced as part of a remodel.   The inside diameter of these pipes gets smaller and smaller over time as the pipes rust, to the point that water flow gets restricted because of such a small diameter.  Even if you’re not ready to re-pipe the entire house, at least replace the pipes in the kitchen when you have stuff torn apart.

Replace steel drains.  This is huge.  It’s extremely common to find recently remodeled kitchens with brand new cabinets, but old galvanized steel drain pipe in the wall.  Just like steel water lines, steel drain lines rust internally.  It’s only a matter of time before these things gets clogged and become unusable.  It’s not a big deal to replace them with newer materials when the walls are opened up. 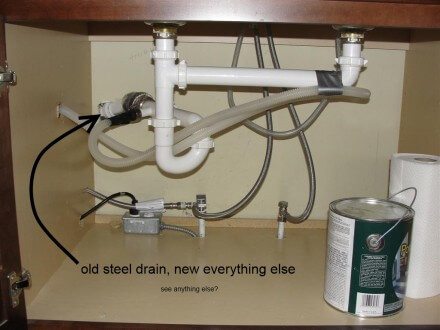 Don’t settle for a re-circulating hood fan.  Hood fans that just re-circulate the air are almost useless.  Yes, they have little filters that will collect some grease in the air, but that’s about it.  They won’t do much for cooking odors, smoke, or moisture in the air.  If you want to have a hood fan that’s useful, design your kitchen so the fan can exhaust to the exterior. 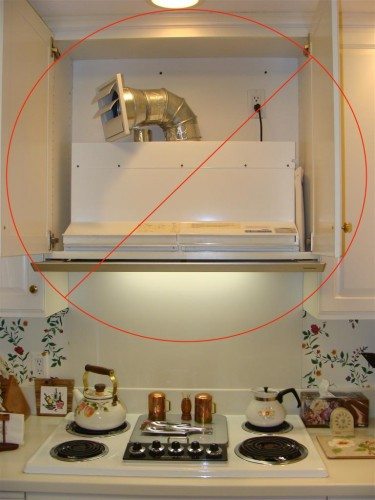 While none of these upgrades are required, they’re nice things to get right the first time, and they’re a lot easier to do when things are torn apart.

6 responses to “Kitchen Remodeling: Do It Right The First Time”