Have you ever brushed your hand up against a dimmer switch and noticed that some of them get quite hot? I’ve done this many times while inspecting houses, and whenever I do, I look into the reason for the heat. Sometimes it’s nothing, but other times I find an overloaded dimmer switch that creates a fire hazard. 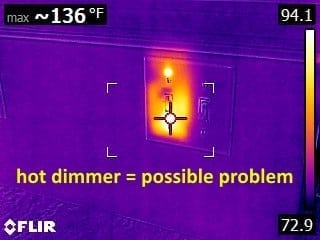 To figure out if a dimmer switch is overloaded, you simply add up the wattage of the lights that are being controlled and compare that to the rating on the dimmer switch. Most dimmer switches are rated for 600 watts, and this rating can be found right on the front of the dimmer switch, underneath the cover plate.

In the photo above, you’ll see the 600-watt rating, as well as 500 and 400-watt ratings. When two of these dimmer switches are installed right next to each other, the little metal tabs will need to be broken off on one side of each dimmer, and the total allowable wattage gets reduced, or ‘derated’.   In the photo below, the tabs are removed on one side of each of the dimmers, derating the maximum allowable wattage on each to 500 watts. 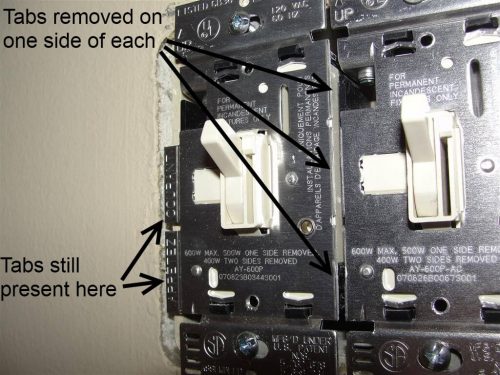 Getting back to the temperature thing

If you put your hand against a cover plate and it feels hot, is this a problem? I started thinking more about this while inspecting a house in Plymouth one day, after finding eight 65-watt bulbs controlled by a dimmer switch that was installed right next to another dimmer switch. It was the one pictured above. In other words, the dimmer was controlling 520 watts, but was only rated 500 watts. The cover plate was very hot, so I pulled out one of the cover plate screws and stuck my thermometer into the hole. It was 145 degrees.

Out of curiosity, I set up a little experiment to get a better idea of how overloading a dimmer switch would affect its temperature. It should go without saying, but I’ll say it anyway: don’t try this at home. You could set your house on fire, get electrocuted, or your wife might wonder why you’re doing some dumb experiment instead of helping with the yard work. Don’t ask how I know.

I installed a 600-watt dimmer switch in a single-gang, 18-cubic-inch-box, and ran some lights off it. Of course, there are plenty of variables that aren’t being factored into this little experiment, such as the box not being installed inside a wall, no cover plate installed, etc… but this was good enough for me to make a few comparisons, which is really all I was after. I turned the dimmer switch on to full brightness, and measured the temperatures by sticking my thermometer into a cover plate screw hole; this seemed like a good way to get consistent temperatures. 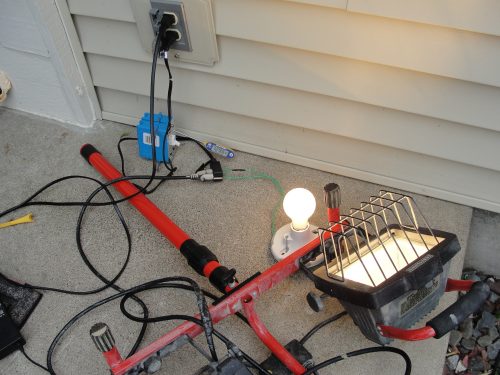 What about LED bulbs? 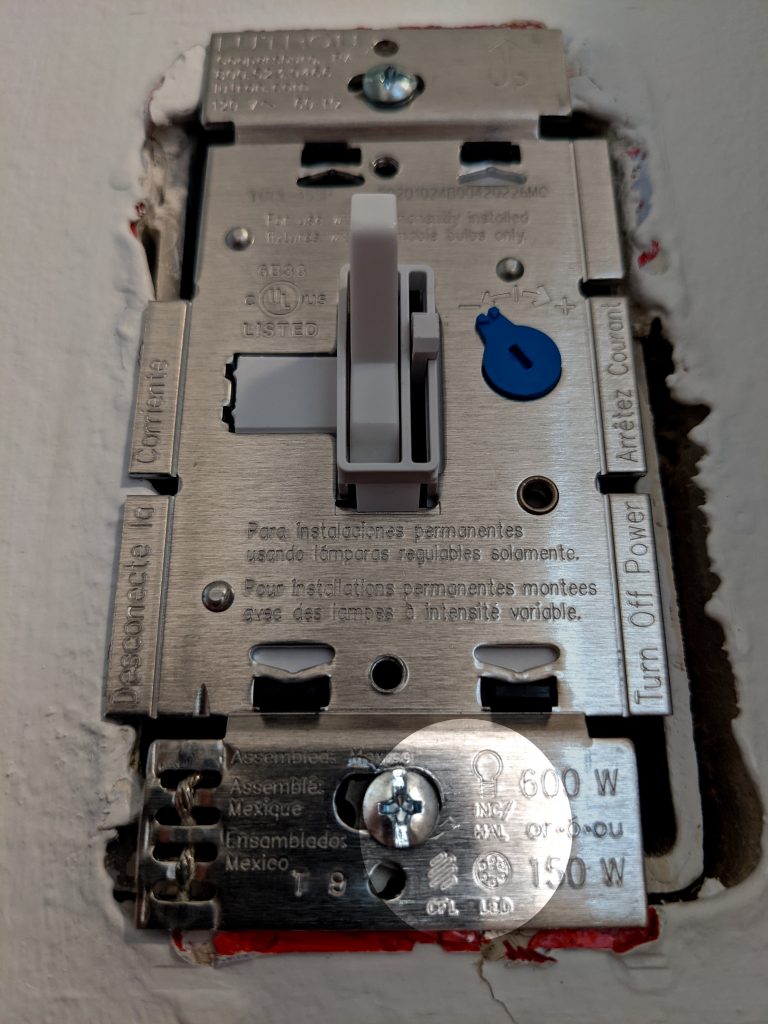 A properly installed, fully loaded dimmer switch will get quite hot to the touch. This isn’t necessarily a problem, but when dimmer switches get hot, it’s worth checking the rating of the dimmer switch and the wattage going through the dimmer to help make sure the dimmer switch isn’t overloaded. I’ve found that surface temps in the 130° range are concerning, assuming the ambient temperature is about 70°.