Old dirty bath fans can start fires. A bathroom exhaust fan relies on air moving through the fan to cool it down. When the fan is clogged with lint and dust, airflow can be severely restricted, which makes the fan run hot. You take a hot fan motor and put it in contact with lint and dust, and you have a fire hazard.

We’ve been putting this warning into our inspection reports for the last decade or so, but we experienced this firsthand last week. Our home inspector was inspecting the basement of a 1987-built home when he heard the smoke alarms go off. He went upstairs to check it out, and found the bathroom exhaust fan on fire, with flames licking the ceiling. It was so serious that he called 911 immediately. 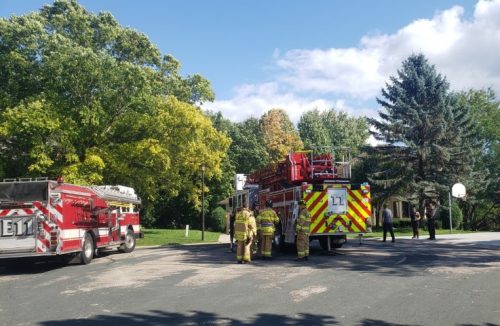 Thankfully, we hadn’t even opened the attic access hatch yet, so there was no possibility for someone to accuse us of starting the fire. As home inspectors, we get blamed for everything that goes wrong with the house. It’s not fair, but neither is life. We don’t know the official cause of the fire yet, but we do know that bath fans start on fire every day.

According to Broan, bathroom exhaust fans are supposed to be cleaned twice a year. Twice a year. Wow. Who does that? I sure don’t. Maybe I will. Here’s a short video showing how this should be done:

After digging into this topic a bit more, I found that another potential cause of bath fan fires is worn out bearings on the motor. From now on, I’ll be recommending replacement of noisy and squealing bath fans. I’ll no longer consider this to just be a nuisance.

I also found many websites and individuals who said that bath fans are only designed to be run for short periods of time. I had never heard this advice before, and it contradicts the advice that we give to run bathroom exhaust fans for 30 – 60 minutes. So naturally, I called the technical department at Broan to ask about this. They said they’ve never heard of this before. There’s no limitation on how long you should expect your fan to safely run for.