When an electric panel is filled with standard circuit breakers and more circuits need to be added, the solution is sometimes to install tandem breakers.  These circuit breakers allow for two circuits to be installed under one space, so they’re often call cheaters.  A few other terms that I commonly hear are duplex, twinner, half-height, half inch, and double.

Is this really cheating? No.  This is a perfectly acceptable practice… but there are several rules that need to be followed to make the installation correct.  When these rules aren’t followed, I suppose you could call it ‘cheating’.   Today I’ll share what I look at when inspecting tandem breakers.

The model of the panel

I think it’s easy enough to see the pattern here.

A diagram inside the panel

The wiring diagram inside the panel is the best way to determine if tandem breakers are allowed, and if so, exactly where they’re allowed.  In the photo below, which I used in my blog about double tapped circuit breakers,  you can see that the top four spaces allow only full size breakers, while the bottom eight slots allow tandem breakers. 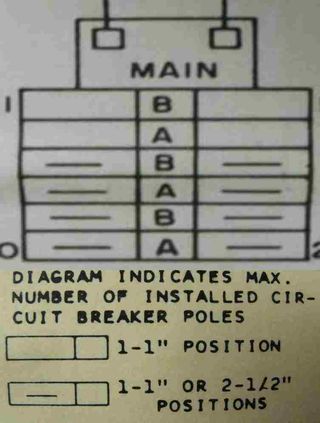 Here’s another panel diagram – this panel allows the use of tandem breakers in four locations. 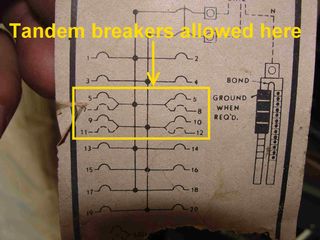 And another – this panel doesn’t allow any tandem breakers. 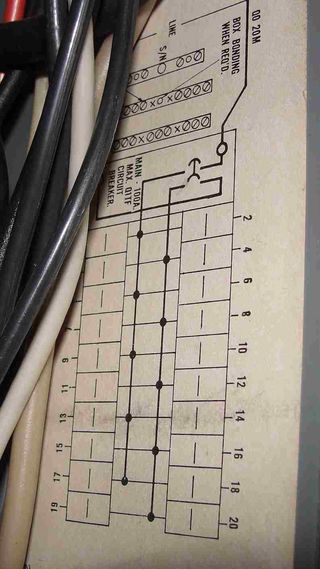 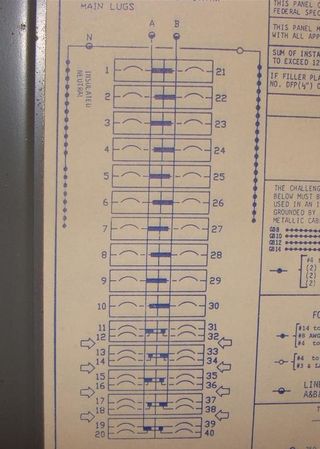 Other Things To Look For

If the diagram inside the panel is missing or isn’t clear, there are several other ways to help determine if tandem breakers can be used in a panel.  One simple way is to look for the maximum number of circuits allowed.  In the photo below, you can see that only 20 circuits are allowed at the panel.  This panel had 20 full-size spaces, so tandem breakers weren’t allowed. 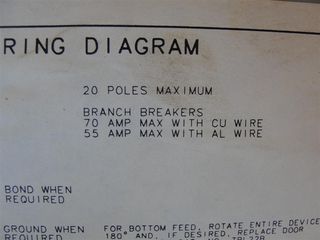 Another trick is to just look at the shape of the bus bars, if they’re visible.  Bus bars that are designed to accept tandem breakers will often have a slightly different shape. 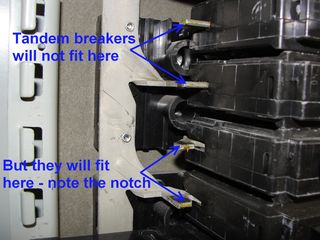 In the photo below you can see that tandem breakers will often have a different design than standard breakers, which prevents them from being installed in locations where they shouldn’t go. 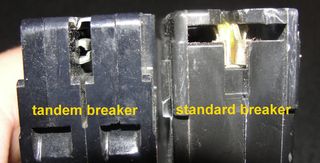 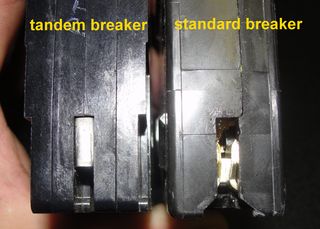 The manufacturers make them this way in an effort to prevent people from using them in an improper manner – but this doesn’t stop everybody.  In the photo below, you can see how someone broke the bottom of a breaker to force it in to a place that it wasn’t designed for. 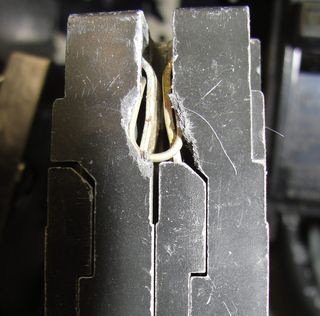 If a circuit breaker sticks out from the rest of the circuit breakers, or ‘stands proud’, it probably doesn’t belong.  This particular panel didn’t allow tandem breakers. 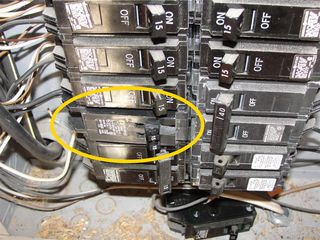 When I find improper installations like this, I always recommend having an electrician come out to make repairs.

Oh, and for the record -I’ve been saying ‘electric panel’ this whole time, but a more technical term would be ‘load center.’

No responses to “Cheater Breakers”