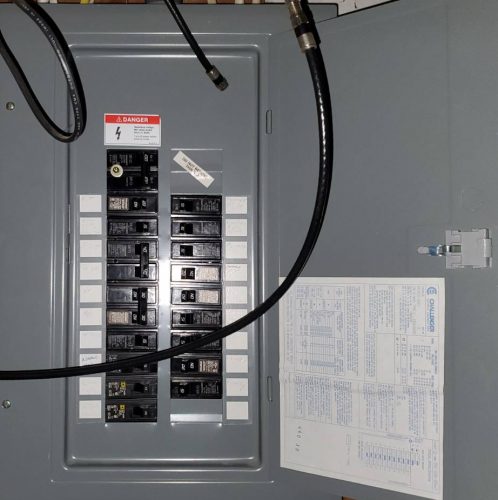 Challenger brand electric panels are not a concern. That’s my stance, and it’ll be my stance until I read something of substance that changes my mind.

Over the past few years, home inspectors have started making a big fuss about Challenger brand electric panels, because there’s a bunch of anecdotal evidence out there saying these panels could present a problem. We recently received a complaint call this year about Challenger panels, so I’m writing this post to get in front of the issue.

To start off, here’s the complaint story. We inspected a home last year with a Challenger panel and we didn’t say there was an issue with the panel. Because there wasn’t. Our client went to sell their home this year, and the next home inspector who came in behind us called the panel a fire hazard and said it should be replaced. So the seller, our previous client, hired an electrician to replace the panel. Next, they complained to us about “missing” this bad panel. But the circuit breaker panel was fine!

We called up the electrician to ask them why they thought this panel should have been replaced. They said they weren’t aware of any issues with Challenger panels, but they were hired to replace the panel, so that’s what they did. End of story.

I’m not going to share any specific links because I’m not trying to attack anyone, but I’d like to share some of the inflammatory stuff I’ve read, and share my counterpoints to some of these dubious arguments for replacing Challenger panels.

“Since they’re correlated with Zinsco, they had similar safety hazards to worry about.”  Zinsco panels are bad, but being correlated with a company that has produced bad products means nothing. Ford made the Pinto; does that mean we should be worried about all Ford products?

“Although there are no records of Challenger e-panels on fire, their overheating can potentially harm the user or, worse, if neglected.” That sentence could apply to any brand of panel. If any panel overheats, it can lead to problems. There’s nothing specific to Challenger here except for accusations.

“Let’s not forget as well the fact that this electrical panel brand is more than 30 years old, and they don’t reproduce the product anymore. As a result, you have a house supported by a load center on the brink of its extinction.”  There are hundreds of thousands of panels here in the Twin Cities that are over 30 years old. Does this mean they’re all on the brink of extinction?

“If you’re at home, relaxing, don’t be surprised if sparks come out of your basement while you reheat your food in the microwave oven.” You have to be kidding me.

“A rotting breaker panel is not recommendable for new appliances, especially if its main breaker cannot support the appliance upgrade you did in your house.” Circuit breakers do not rot, and this has nothing to do with Challenger panels.

“On the flip side, they’re not up to the UL safety code because (1) it is an old model and (2) fire risks are high if kept in use. Thus, they’re not safe.” (1) I’m not aware of a UL safety code, (2) old does not mean bad (3) this is a logical fallacy called circular reasoning.

“Don’t be complacent and wait for your home inspectors to see that you’re still using an old load center. Breaker boxes being outdated need an immediate replacement. They know that a Challenger is a forbidden breaker box at this age, so they’ll report this as a violation of the electric code too.”  This is all so wrong I don’t even know where to start! And what’s a forbidden breaker box??

“In truth, it is one of the outlawed electrical services in the market with existing reports of overheating issues.” Outlawed? Get out of here. I have no idea what this even means.

Anecdotal evidence is not conclusive evidence

The home inspector reference website Inspectapedia also has a fair amount of information about Challenger panels at https://inspectapedia.com/electric/Challenger_Electrical_Panels.php. There is reasoned and fair information on this site, and it’s all anecdotal. There are several stories and photos shared on that page about scorched Challenger panels… but I’ve seen scorching in every brand of panel. Please check out the small collage of scorched electric panels below. 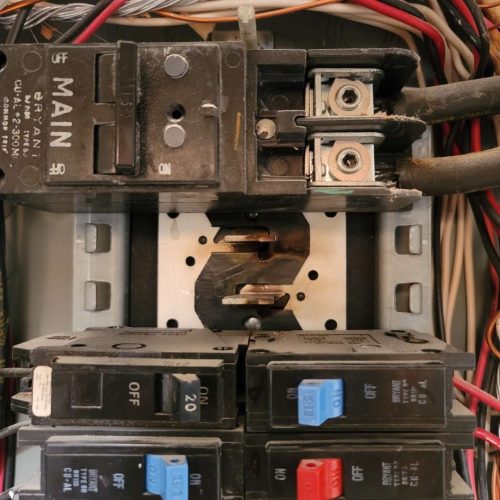 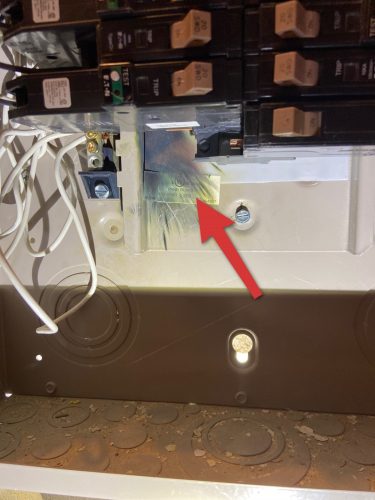 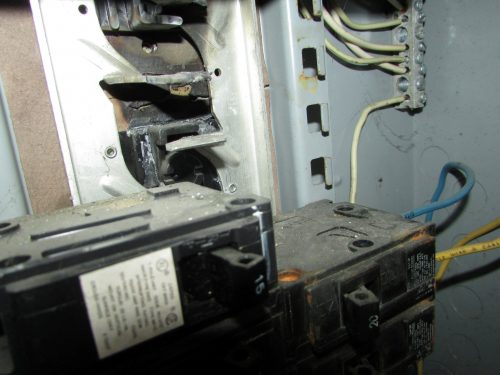 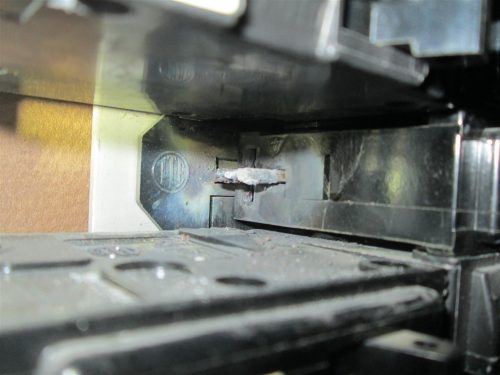 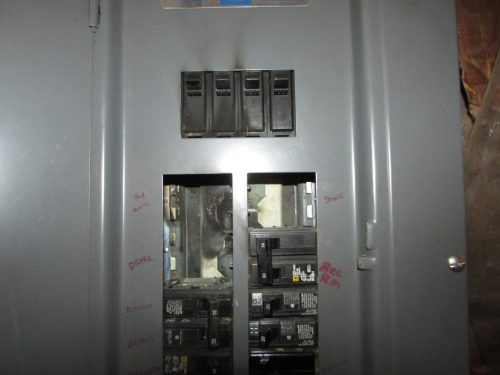 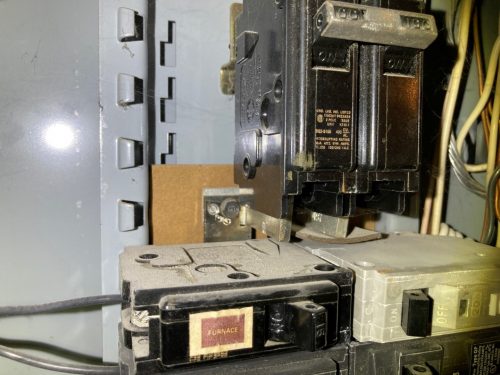 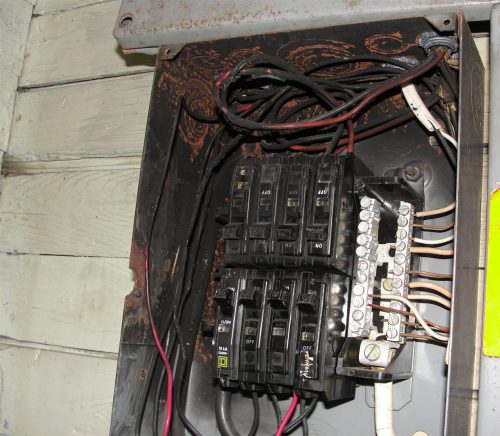 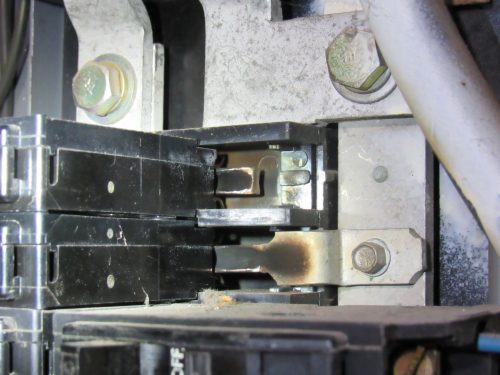 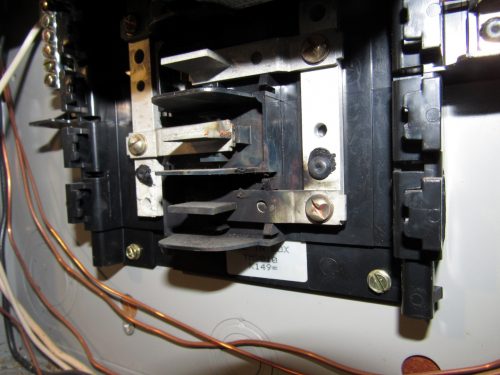 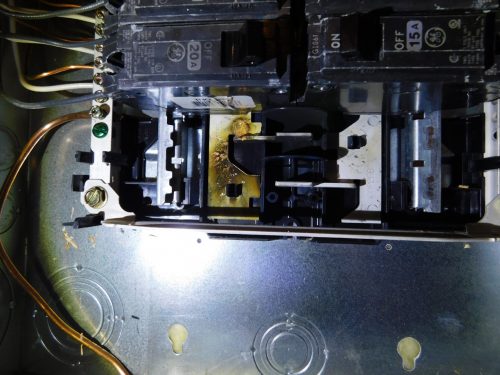 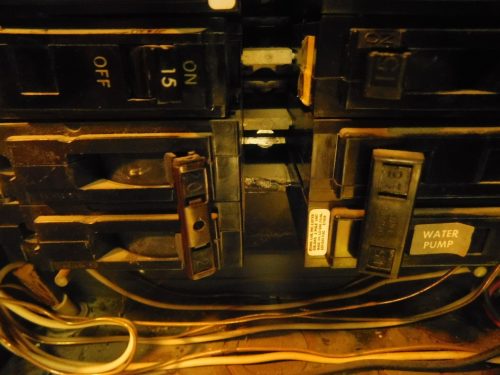 So now that I’ve produced anecdotal evidence about scorching in just about every brand of panel that we see on a daily basis, should we conclude that these are all bad panels? No, of course not. Every panel can have problems. I haven’t seen more problems with Challenger panels than any other brand of panel.

Because there’s so much misinformation out there about these panels, we’ve started putting a blurb about these panels in our inspection reports when we come across them. We say that there’s a bunch of bad press and anecdotal evidence about Challenger panels on various blogs, but we’re unaware of any credible source that says these panels are a problem. We have no problem with them.

Again, I may change my mind about these panels in the future if new information comes to light. But as of today, I have no reason to recommend replacement or even further inspection of these panels. I think it’s all bad press causing bad press.

ps – I sometimes hear home inspectors making a fuss about Bulldog panels too. Sure, they’re old, but there’s nothing wrong with them.

4 responses to “Challenger panels are fine”