There are bad apples in every bunch 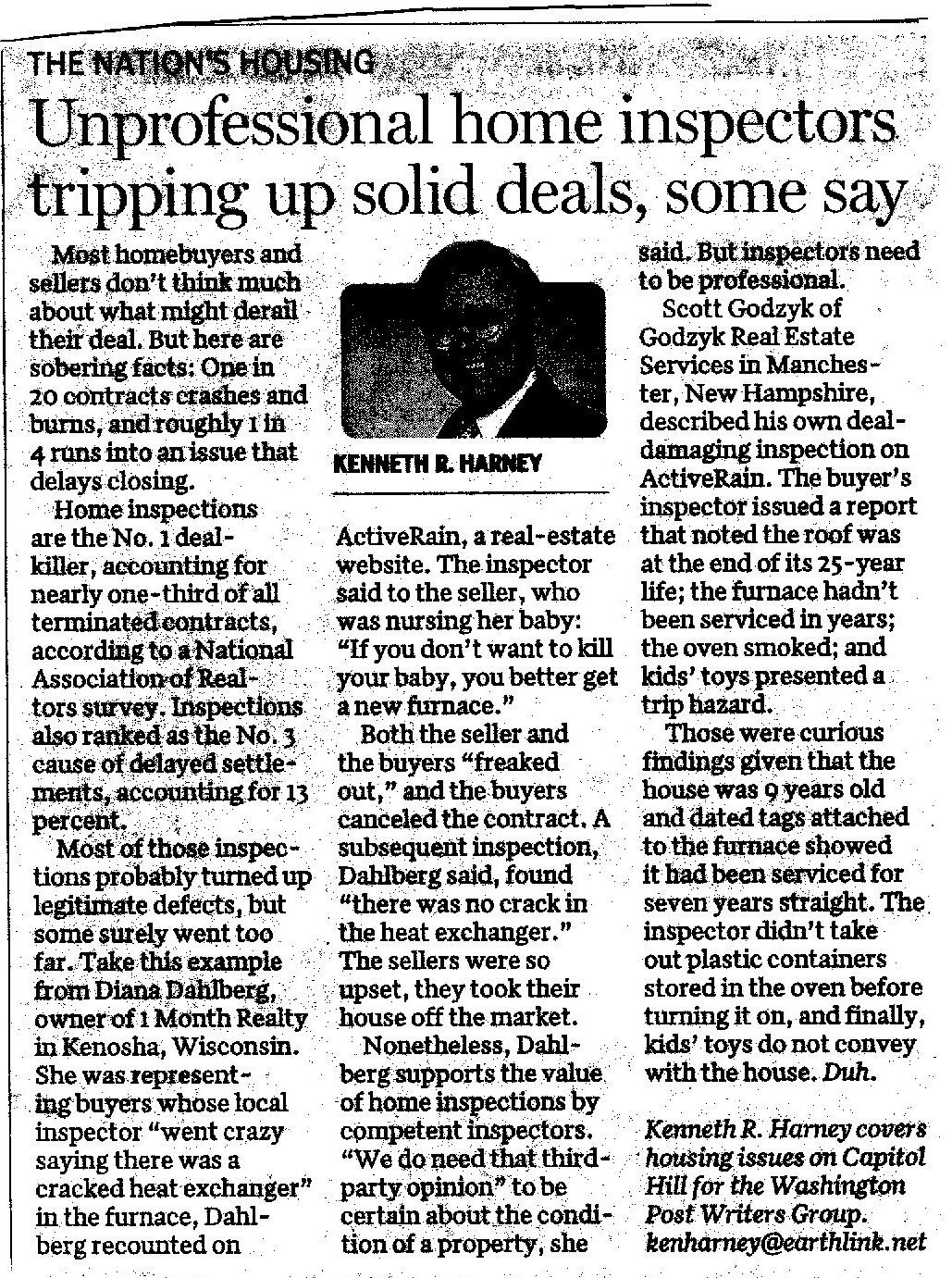 Combine the incorrect information with a slant that makes home inspectors look bad, and you end up with a lot of whipped-up home inspectors. And yes, you can put me in that group.

The article starts out by saying that 1 out of every 20 real estate sales contracts blows up, and nearly one-third of those are the result of the home inspection. In other words, maybe 1 out of 60, or approximately 1.6% of deals fall apart because of the home inspection. The article calls this a sobering fact, perhaps because this should sound like a high number, but it actually sounds low to me. The article then goes on to concede that most of these inspections probably turned up legitimate stuff. So that’s a good thing, right?

The next part of the article shares a couple of second-hand stories from bloggers about home inspectors who did some stupid stuff. Yep, you can find examples of bad apples in every trade and every profession. There’s no getting around that.

That’s where the first version of the article, shown above, ended. The second version of the article is the one that contains incorrect information about standards for home inspections. That’s the version that got all of the shares. Here’s one of them: Home inspectors need to play by rules. The screen shot at right shows a few more of the titles floating around.

The ASHI Standard of Practice (SOP) actually requires home inspectors to report on life expectancy. Section 2.2.B.1 of the ASHI SOP says that the inspector shall report “those systems and components inspected that, in the professional judgment of the inspector, are not functioning properly, significantly deficient, unsafe, or are near the end of their service lives“.

So there’s that. The article implies that it’s wrong for home inspectors to report on components that are at or near the end of their service life, but that’s not accurate. One association doesn’t require it, the other does. Neither says “don’t do this.” The whole basis of the article is flawed.

SOPs are not a ceiling

3 responses to “There are bad apples in every bunch”